Free agent big man Omari Spellman has signed to play in South Korea with Anyang KGC, as our JD Shaw relays (via Twitter). The club, which competes in the Korean Basketball League, has formally announced the signing (Instagram link).

Spellman, 24, was one of three players selected by the Hawks in the first round of the 2018 draft, along with Trae Young and Kevin Huerter. While Young has become a star and Huerter was a key rotation player for Atlanta during the team’s run to the Eastern Conference Finals this year, Spellman – the No. 30 overall pick out of Villanova – struggled to adjust to the NBA and was traded to the Warriors during the 2019 offseason.

Spellman was later flipped to the Timberwolves at the 2020 deadline in the Andrew Wiggins/D’Angelo Russell trade, then was sent to the Knicks last November. He began the 2020/21 season on New York’s roster, but was waived in January to make room for Taj Gibson.

The Pelicans’ NBAGL affiliate, the Erie BayHawks, has acquired guard Jacob Evans and forward Omari Spellman to replace Jordan Bell, who was recently called up to the Wizards on a 10-day deal, and Rawle Alkins, whom the BayHawks waived, per Michael Somrak of GLeague.com.

Evans and Spellman will join the BayHawks for the G League’s 2021 season in an Orlando “bubble” campus environment. Evans has logged parts of the last two seasons with the Warriors and Timberwolves. Spellman has played for the Warriors and the Hawks across his two years of NBA action.

The G League will be the next stop for center/power forward Omari Spellman, who started this season with the Knicks, tweets freelance journalist Adam Zagoria. Spellman will be in the “bubble” with the Erie BayHawks, the G League affiliate for the Pelicans, a source tells Zagoria.

The Timberwolves traded Spellman to New York in November and he remained on the Knicks’ roster until January 7, even though he didn’t appear in any games. He was waived so the team could sign Taj Gibson.

Spellman was a first-round pick by the Hawks in 2018 and spent his first NBA season in Atlanta. He was traded to the Warriors in the summer of 2019 and appeared in 49 games for Golden State last year, averaging 7.6 points and 4.5 rebounds per game. He was shipped to Minnesota at last February’s trade deadline, but never suited up for the Wolves before being sent to New York.

Spellman has experienced brief stays in the G League during the past two seasons, averaging 18.6 points and 9.0 rebounds in 10 total games.

9:59pm: The Knicks officially announced in a press release that they’ve waived Spellman. The signing of Gibson is also official, per NBA.com’s transactions log. 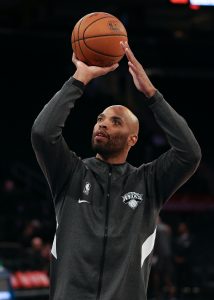 1:46 pm: The Knicks are waiving big man Omari Spellman to clear room to sign a veteran free agent, reports Ian Begley of SNY.tv (Twitter link). According to Shams Charania of The Athletic (via Twitter), the club plans to sign Taj Gibson to fill its newly-opened roster spot.

As we detailed earlier today, the Knicks were said to be one of many teams keeping an eye on Gibson, who reportedly worked out for seven clubs, including the Wizards. With Obi Toppin, Nerlens Noel, and Spellman all battling injuries, New York had been monitoring the free agent market for help in the frontcourt, eyeing Gibson and Tyson Chandler, among others.

While it’s not official yet, it sounds like the team will reunite with Gibson, who was a Knick in 2019/20 and has played for head coach Tom Thibodeau for much of his NBA career, including in both Chicago and Minnesota. It seems unlikely that Gibson’s new deal will be worth more than the minimum, but the Knicks – armed with $18MM in cap room – certainly have the flexibility to go higher.

Gibson, 35, started 56 of the 62 games he played for New York last season, averaging 6.1 PPG and 4.3 RPG in 16.5 minutes per contest. The club reportedly liked the job he did as a veteran mentor for young center Mitchell Robinson.

As for Spellman, the third-year big man came over from Minnesota in an offseason trade that sent Ed Davis to the Timberwolves. He was cited as a possible release candidate in December when the Knicks were mulling the possibility of retaining Michael Kidd-Gilchrist for the regular season, and also had his fourth-year team option for 2021/22 declined last month, so it comes as no surprise that he’ll be the odd man out.

Spellman, a former first-round pick who has struggled with conditioning during his NBA career, will still receive his $1.99MM salary for 2020/21, since his contract is fully guaranteed. Having declined his fourth-year option, the Knicks won’t be on the hook for any money beyond this season.

10:06am: Gibson has worked out for seven teams, including the Wizards, according to Marc Berman of The New York Post.

Berman adds that Tyson Chandler is among the free agent big men on the Knicks’ radar and that the team has had some internal discussions about bringing him back.

8:04am: The Knicks waived Taj Gibson back in November before his salary for the 2020/21 season could become fully guaranteed, but the two sides had mutual interest at that time in a possible reunion, writes Ian Begley of SNY.tv.

Although the Knicks didn’t re-sign Gibson during the offseason, they’ve continued to keep an eye on the veteran big man and have recently touched base with him, sources tell SNY. According to Begley, New York is one of a handful of clubs keeping Gibson on its radar, as he’s being monitored by “a few contenders.”

According to Begley, some people within the organization like the idea of bringing Gibson back in part because he was viewed as a good mentor for young center Mitchell Robinson — if he returns this season, he could also be a positive influence on rookie Obi Toppin. Of course, Gibson also has a history with Tom Thibodeau, having played for the Knicks’ new head coach in Chicago and Minnesota.

Although the Knicks are off to a surprisingly strong start this season, their frontcourt depth chart is somewhat thin, particularly with Toppin, Nerlens Noel, and Omari Spellman all battling injuries. According to Jonathan Macri of Knicks Film School (Twitter link), the club is eyeing a few other big men in addition to Gibson and may meet with some.

New York currently has a full 15-man roster and would have to waive a player to make room for Gibson or another free agent. Spellman, whose rookie scale option for 2021/22 was turned down last month, would probably be the most obvious release candidate in that scenario.

Barrett was the third-leading scorer among rookies last season at 14.3 PPG in 30.4 MPG while appearing in 56 games.

Knox’s playing time and production regressed dramatically in his second season, but the Knicks’ new regime thinks enough of him to lock in his salary through the next two seasons. He has averaged 9.9 PPG and 3.7 RPG in 140 career games.

Notably, the Knicks’ announcement didn’t mention recently-acquired big man Omari Spellman, the team’s other player with a 2021/22 rookie scale option. New York has until December 29 to make a decision on Spellman, but teams generally announce all their exercised options at once, so the team may be declining that one.

The Knicks have 15 players with guaranteed salaries for the 2020/21 season, which means that – on paper – their roster for the regular season appears set. However, if the team wants to hang onto veteran forward Michael Kidd-Gilchrist, whose deal isn’t guaranteed, one of those 15 others will have to be traded or released.

“You know who (Kidd-Gilchrist) is and he’s trying to find a way onto the roster,” Knicks coach Tom Thibodeau said over the weekend, per Stefan Bondy of The New York Daily News. “Michael’s always been a terrific competitor. Health comes first, we want him healthy and then we’ll go from there.”

It’s not clear yet whether the Knicks are committed to getting Kidd-Gilchrist – who has missed the first two preseason games with an illness – onto the regular season roster. But if he makes the team, Omari Spellman appears to be a candidate to be waived to make room, sources tell Bondy.

Spellman was dealt to New York last month along with Jacob Evans and a second-round pick in exchange for Ed Davis. That trade appeared to be mostly about the future draft pick for the Knicks, who have already cut Evans. 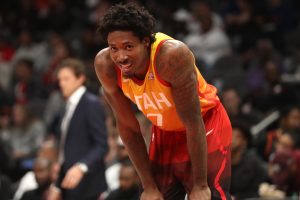 New Knicks president Leon Rose has exuded patience during free agency with an eye toward next offseason’s potentially star-studded free agent class, according to Steve Popper of Newsday. Though the Knicks had some interest in Fred VanVleet and Gordon Hayward, they were not going to shell out the money and multi-year contracts that those top-level free agents received. New York could still trade for Russell Westbrook if the Rockets’ asking price drops but Rose isn’t inclined to make any panic moves, Popper adds.

As the NBA’s bottom eight teams gear up to conduct group workouts starting next week, the Pistons have 15 players in attendance for the first phase of their in-market bubble. However, that 15-man group includes five G Leaguers, with a number of notable names from the NBA roster absent.

“All of our young guys are here. Derrick Rose and Blake are not here, which is totally understandable,” Casey said. “Both are working out, and it’s nothing physical. They’re both 100 percent. Blake’s working out in LA, and Derrick is in and out of town.”

As for Wood and Galloway, both players are set to reach unrestricted free agency this fall, so Casey said he understood why they’d be reluctant to participate in workouts with the club over the next few weeks.

“We’re not reading anything into that either way,” Casey said, per Woodyard. “So it’s just something I totally get because if I’m a free agent, I wouldn’t attend anyway to the team you’re not under contract with.”

Here’s more on those mini-camps taking part in “bubbles” across the country: