The Suns have signed Damion Lee to a contract, per NBA.com’s official transactions log. 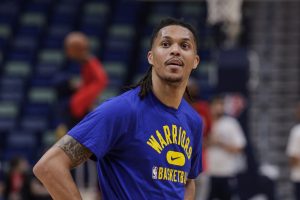 Because the deal is already official, we can deduce it’s a minimum-salary pact, since those can be signed during the July moratorium. The contract will be for one year, sources tell ESPN’s Adrian Wojnarowski (Twitter link).

Lee, 29, went undrafted out of Louisville in 2016. He made his rookie debut with the Hawks in 2017/18, first signing a 10-day deal and then a rest-of-season contract, appearing in 15 games for Atlanta.

While Lee isn’t a great defensive player, he is an impressive shot-maker when he gets rolling, capable of scoring points in bunches. Lee joins Gary Payton II, Otto Porter, Nemanja Bjelica and Juan Toscano-Anderson as role players who are departing the defending champions.

Phoenix gets a decent depth piece at shooting guard, although Lee probably won’t receive many minutes behind star Devin Booker.