The Suns approached the 2018 offseason as if they planned to contend, signing Trevor Ariza in free agency to fortify their starting lineup. However, the team didn’t have enough talent – particularly at point guard – to remain in the playoff hunt in the West, and quickly shifted gears, looking toward the future. That focus on the long term figures to continue this summer, as Phoenix likely won’t have the cap flexibility to be a major player in free agency.

Here’s where things currently stand for the Suns financially, as we continue our Offseason Salary Cap Digest series for 2019: 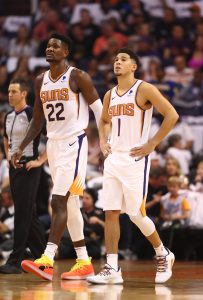