The Pelicans announced that they have waived Zylan Cheatham, Kelan Martin, Daeqwon Plowden and Javonte Smart. All four players are likely headed to the team’s G League affiliate, the Birmingham Squadron.

Martin, a 6’5″ small forward, holds the most NBA experience of the group, having made 96 appearances with the Wolves, Pacers and Celtics over the past three seasons. He holds career averages of 5.5 PPG and 2.4 RPG in 13.2 MPG.

Cheatham holds five games of NBA experience with the Jazz and Pelicans after going undrafted in 2019. The 6’5″ forward averaged 14 PPG, 10.7 RPG and 2.5 APG in 21 regular season games (32 MPG) for the Squadron last season.

Both Cheatham and Plowden received Exhibit 10 deals, and Martin and Smart likely did as well. Assuming that’s the case, all four players would be eligible for a bonus worth up to $50K if they spend at least 60 days with the Squadron.

Terms weren’t disclosed but Martin and Smart likely signed Exhibit 10 contracts. They would presumably be candidates for the team’s open two-way slot, since Butler had his camp deal converted to a two-way last week.

Otherwise, they’ll likely be waived and join the G League Birmingham Squadron, which would make them each eligible for a $50K bonus if they spend at least 60 days with that club.

Martin has appeared in 96 NBA games since 2019 with Minnesota, Indiana and Boston, averaging 5.5 points, 2.4 rebounds and 0.6 assists. Martin appeared in 30 games last season with the Celtics and Pacers.

Butler played last season at Florida State, where he averaged 5.9 points, 3.2 rebounds and 1.2 blocks in 31 games. He saw action in one preseason game.

Petty Jr. appeared in 31 games for the Birmingham Squadron last season. Petty was on an Exhibit 10 deal and will likely return to the Squadron, with Butler joining him.

Armoni Brooks, Kelan Martin Among FAs Working Out For Cavs

The Cavaliers have nine free agents in town this week for workouts, according to Chris Fedor of Cleveland.com, who reports that guard Armoni Brooks and swingman Kelan Martin are among the players in attendance.

Sources tell Fedor that the first workout took place on Tuesday, with another scheduled for Wednesday. Big men Mamadi Diakite and Ray Spalding are a couple of the other free agents who are participating, Fedor adds.

Following the blockbuster trade for Donovan Mitchell, Cleveland has 16 players under contract — 14 on standard deals and a pair on two-way contracts. That leaves four openings on the team’s 20-man training camp roster and one possible open spot on the projected regular season roster. As Fedor notes, the Cavaliers are still about $2.5MM below the luxury tax line, so they could comfortably carry a 15th man on a minimum-salary deal if they so choose.

While there’s no guarantee that any of the players working out for the Cavs will receive training camp invites, Fedor points out that Denzel Valentine earned a roster spot a year ago after impressing the team during a September workout.

Brooks, Martin, Diakite, and Spalding all have multiple seasons of NBA experience under their belts, and all but Spalding saw action during the 2021/22 season. Brooks averaged 5.3 points per game in 54 appearances for the Rockets and Raptors; Martin posted 5.7 PPG in 30 contests for the Pacers and Celtics; and Diakite put up 4.3 PPG and 4.5 RPG in 13 games for the Thunder.

The Warriors are bringing in a number of veteran free agents this week for workouts, league sources tell Shams Charania and Anthony Slater of The Athletic.

Golden State also held similar free agent workouts in August, according to Charania and Slater, who say that Shabazz Muhammad, Solomon Hill, Tyler Cook, and Kelan Martin were among the players who participated in those sessions about two weeks ago.

The purpose of this week’s workouts is twofold — as Tim Kawakami of The Athletic tweets, the players currently on the Warriors’ roster are beginning their informal pre-camp work at the team’s facility this week, so the free agents who join them will help ensure there are enough bodies to play 5-on-5 scrimmages. Additionally, there’s an expectation that the Warriors could sign one or more of the auditioning veterans to their 20-man training camp roster, per Charania and Slater.

Golden State currently has 18 players under contract (13 on guaranteed standard deals), with Jerome Robinson expected to be the 19th. That leaves one spot available for now.

Andre Iguodala has yet to decide whether he’ll retire or return to the Warriors for another season, so it’s possible he could fill that 20th and final roster spot (and become the 14th man on the team’s projected regular season roster). Robinson, Mac McClung, Pat Spencer, and Trevion Williams are among the camp invitees who could compete for a place on the 15-man regular season roster, especially if Iguodala doesn’t return.

Charania and Slater also note that that, while Lester Quinones and Quinndary Weatherspoon are currently on two-way deals, those roster spots are flexible. According to The Athletic’s duo, the Warriors are high on Weatherspoon, who is a candidate to join the 15-man roster either this fall or later in the season

MARCH 5: The Celtics have officially signed Martin and Fitts to their second 10-day contracts, the team announced (via Twitter). 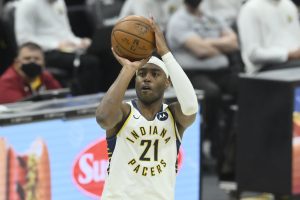 MARCH 4: The Celtics are expected to sign Kelan Martin and Malik Fitts to a second pair of 10-day contracts, according to Adam Himmelsbach of The Boston Globe (Twitter link). Both players’ current 10-day deals will expire on Friday night.

Fitts, 24, is a second-year power forward out of Saint Mary’s. He had a two-way deal with the Jazz earlier this season, but was waived by Utah in January after fracturing his right wrist. He later signed an NBA G League contract prior to catching on with the Celtics.

Martin, 26, played for the Pacers the past couple years, but Indiana waived him in January before his contract for the rest of this could become guaranteed. Through 27 games with Indiana this year, the third-year small forward out of Butler averaged of 6.3 PPG and 2.0 RPG.

Martin and Fitts have each made one appearance with the Celtics, receiving just three minutes apiece. The Celtics are currently 38-27, fifth in the East.

FEBRUARY 23: The Celtics have officially signed Fitts and Martin to 10-day contracts, the team announced today in a press release.

FEBRUARY 22: Forwards Malik Fitts and Kelan Martin are set to sign 10-day deals with the Celtics, per Shams Charania of The Athletic (via Twitter). 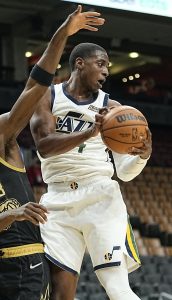 Fitts, a 6’8″ second-year power forward out of Saint Mary’s, had a two-way deal with the Jazz earlier this season, but was waived by Utah in January after fracturing his right wrist. He signed an NBA G League contract prior to the news of his joining the Celtics.

The 6’5″ Martin, 26, was most recently with the Pacers, but Indiana waived him in January before his contract for the rest of the 2021/22 season could become guaranteed, as Scott Agness of Fieldhouse Files observes (via Twitter).

Through 27 games with Indiana this year, the third-year small forward out of Butler holds averages of 6.3 PPG and 2.0 RPG while making 41.7% of his takes from the floor and 69.2% of his looks from the charity stripe.

The duo will join a revamped Boston roster hoping to make a push up the Eastern Conference standings following an active trade deadline. As we noted earlier this week, the C’s had to make two roster additions this week in order to get back up to the NBA-mandated minimum of 14 players.

The Celtics, who won nine of their last ten games heading into the All-Star break, are currently the sixth seed in the East with a 34-26 record. The team is now just 4.5 games behind the top-seeded Heat and Bulls.

The Pacers have waived reserve guard/forward Kelan Martin ahead of the contract guarantee deadline on Friday, per Scott Agness of Fieldhouse Files (via Twitter).

Martin was playing on a non-guaranteed contract this season, so Indiana won’t be on the hook for his entire $1,701,593 cap hit. It’s a tough blow for the veteran wing, who’s currently isolating at home after contracting COVID-19, as Agness relays (Twitter link).

After a productive four-year college career with Butler, Martin went undrafted in 2018 and spent his first season as a professional playing in Germany. He caught on with the Timberwolves for the 2019/20 season, signing a two-way deal, and then spent last season and nearly half of this season with the Pacers. Martin and the Pacers had previously agreed to push back his guarantee date a couple of times, but ultimately the team decided to open a roster spot by waiving him.

ESPN’s Bobby Marks tweets that Martin will have a $801,900 cap hit for the Pacers and the team is now $2.3MM below the luxury tax threshold.

1:45pm: Caver has officially signed his 10-day contract with the Pacers, according to a press release from the team. Indiana is expected to complete another hardship signing, tweets Agness.

1:19pm: The Pacers will call up free agent guard Ahmad Caver from the G League and sign him to a 10-day contract using a hardship exception, reports Shams Charania of The Athletic (Twitter link).

Entering the day, the Pacers had four players in the health and safety protocols. They’ve since added a fifth, according to Scott Agness of Fieldhouse Files (Twitter link), who says Kelan Martin has tested positive for COVID-19.

Indiana has added one replacement player so far, signing Nate Hinton on Thursday. Caver is on track to be the team’s second hardship addition.

A maximum-salary rookie scale extension wouldn’t have been a realistic starting point for the Cavaliers in their negotiations with Collin Sexton, and it wasn’t something Sexton’s camp ever demanded, sources tell Chris Fedor of Cleveland.com.

According to Fedor, Sexton’s representatives initially sought a contract in the $100MM range, but wasn’t stuck on that number and was open to negotiating a deal with a lower total salary. However, the two sides ultimately couldn’t reach an agreement, putting the fourth-year guard on track for restricted free agency in 2022.

“The approach is still the same,” Sexton said after Monday’s extension deadline passed, per Fedor. “I’m just coming in ready to work. We’ve got one goal and that’s to win and get to the playoffs. I was disappointed. But that doesn’t take away from the teammates itself. We’re going to figure it out, and we’re going to win basketball games together and have a good season. … I know they want me here. So, just a little disappointed, but at the end day, we move on.”

Justin Holiday injured his left ankle in Friday’s preseason game but the Pacers guard is optimistic he’ll play in the October 20 season opener at Charlotte, David Woods of the Indianapolis Star reports. Holiday will likely miss the remaining preseason games.

Caris LeVert, who has been sidelined by a stress fracture in his back, isn’t participating in scrimmages yet but he’s “doing a little more each week” in practices, according to Pacers coach Rick Carlisle. Kelan Martin, who has twice agreed to push his salary guarantee date back in the hopes of making Indiana’s 15-man squad, is dealing with a hamstring injury.