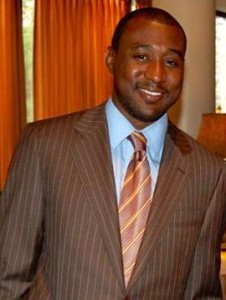 We at Hoops Rumors will be chatting with beat writers from around the league and sharing their responses to give you a better perspective on how and why teams make some of their most significant moves. Last time, we spoke with Diamond Leung of the Bay Area News Group about the Warriors. Click here to see all of the previous editions of this series.

Hoops Rumors: You spent the past season covering the Blazers and LaMarcus Aldridge, and now you’re following his footsteps to San Antonio to once more cover the Spurs. So, given your unique insight here, what do you think he found so appealing about the Spurs, and what persuaded him to change his mind about staying with the Trail Blazers?

Jabari Young: It’s well-known LaMarcus has always been intrigued by the Spurs. His respect for Tim Duncan is also well-documented. I think his decision to end his tenure in Portland was a mixture of an opportunity to learn from Tim firsthand, be coached by Gregg Popovich, be closer to winning a championship than any point of his career, and return to Texas (his home state). He likes the team’s unselfish style, and will not try to emulate Tim one bit, but leave his own mark with the Spurs playing his game and becoming a part of their championship history. The Spurs have everything Aldridge needs from top to bottom to finally win a ring, which is important to him. After all, he took less money to join the Spurs.

Hoops Rumors: The last time the Spurs made a free agent signing nearly as splashy, it was Richard Jefferson, and that didn’t go so well. What have the Spurs learned since then that will help them incorporate a star like Aldridge into their system?

Jabari Young: With Popovich at the helm, the Spurs have learned not to fall in love with just any big name. It has to be someone they feel will enter the organization and fit right into the way they do things, led by Popovich/Duncan. LaMarcus was the perfect fit because of his willingness to adapt to this philosophy, but at the same time play his game. I feel the Spurs will allow Aldridge to play his style and he’ll also adjust. Plain and simple, Aldridge is arguably the best power forward in the NBA and wanted to be in San Antonio. It’s not every day the Spurs experience a top free agent like Aldridge wanting to join. With Duncan possibly in his final year(s), Tony Parker and Manu Ginobili on their last run, Aldridge, along with Kawhi Leonard, will be handed the keys to usher the Spurs into a new era. The Spurs trust that Aldridge has the right tools to help them stay afloat after the “Big Three” have departed. He has the basketball IQ and wants to win at this point in his career. It should be a good fit for both parties.

Hoops Rumors: Why do you think the Blazers signed Enes Kanter to a max offer sheet but haven’t done so, at least so far, with Tristan Thompson?

Jabari Young: The Blazers wanted to add a more established offensive threat in Enes Kanter to the mix. It’s not that they aren’t high on Mason Plumlee, but adding Kanter would’ve helped take pressure off Damian Lillard on offense. Tristan Thompson doesn’t pose the same threat on offense as Kanter does, and the Blazers are invested in power forwards Meyers Leonard and Noah Vonleh. Adding Thompson would only disturb the progress of Leonard and Vonleh. Kanter, as a center, would’ve been a different type of signing.

Hoops Rumors: Tim Duncan, Manu Ginobili and David West won’t make as much put together this season as Danny Green will on his $10MM salary, and Green probably could have signed elsewhere for more money. What is it about the Spurs that convinces all these guys to make financial sacrifices?

Jabari Young: For a player like Danny Green, I feel he’s learned the grass isn’t always greener (see what I did there :-) ) on the other side. Take less money, be in contention for another championship, no pressure as being an overpaid signing. He’ll still earn more money than last season and already has a solid role within the Spurs system. Most guys would chase the money, ignoring everything else. Those players who have taken less to stay put realize they will not only be taken care of financially, but personally, and have the opportunity to win championships. Add that to the fact the Spurs are well-known for protecting their players, and the community support, some just feel it’s better to remain and take less than to take more, be on a bad team, have a bad role, and no real chance to win. Sometimes less is more, but it takes a certain player to realize this. Danny Green is that type of player.

Hoops Rumors: The Blazers had seven free agents at the end of the season, including Aldridge, and they didn’t re-sign any of them. Is there any one of them who you’re surprised they didn’t bring back once they learned Aldridge was going elsewhere?

Jabari Young: So much was depending on the future of Aldridge that once he walked, even if all their free agents were still available, it would’ve been hard to see them re-signing. What Blazers GM Neil Olshey did was alter the face of the franchise with Lillard at the helm, adding younger players who will buy into it being Lillard’s team. With that said, you would think Wesley Matthews, with all he’s given the Blazers over the years and the respect he’s earned among the fans in Portland, would have gotten some kind of offer from the Blazers. His injury was serious, so it’s hard to knock the Blazers for not pursuing his services again, but the injury did occur in a Portland uniform; hence, one would think the Blazers would take care of him. But it’s a business, and they treated it like one by moving on.

Hoops Rumors: Does Jimmer Fredette have what it takes to stick with the Spurs?

Jabari Young: He’s a shooter, which is always welcome in San Antonio (see Matt Bonner). Thing is, will he make enough of an impact to stay? The Spurs will not just give him a roster spot. He’ll have to earn it. How bad he wants to be a part of this team, time will tell. But if he makes the opening night roster, he could be a threat. Right now, I’d say it’s 50/50 he sticks.

One thought on “The Beat: Jabari Young On Blazers, Spurs”