The Beat: Ben Bolch On The Clippers 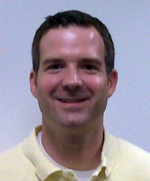 We at Hoops Rumors will be chatting with beat writers from around the league and sharing their responses to give you a better perspective on how and why teams make some of their most significant moves. Last time, we spoke with Jorge Castillo of The Washington Post about the Wizards. Click here to see all the previous editions of this series.

Today, we gain insight on the Clippers from Ben Bolch of the Los Angeles Times. You can follow Ben on Twitter at @latbbolch, and check out his stories right here.

Hoops Rumors: Have you noticed any changes in DeAndre Jordan or the way the team regards him in the wake of his near-defection to the Mavs this summer?

Ben Bolch: Jordan has seemed a touch more serious than in recent seasons, perhaps a sign of his maturity and increased leadership role. His offensive game seems about the same, though, and that’s fine because the Clippers don’t need him to score more than he does. He just needs to continue being the defensive captain and rebound-grabbing force that has made him one of the league’s most coveted big men. His rebounding is down a bit from recent seasons but it’s still too early in the season to think those numbers won’t go up.

Ben Bolch: Well, he lost that spot against the Pistons and it will be interesting to see whether he starts going forward once the entire roster is back intact. Rivers thought Stephenson was a better fit with the starters and it helped the second unit’s rhythm as well. I’m not sure that’s been the case through the season’s first few weeks. My take is that Stephenson is best with the ball in his hands and the floor spaced so he can attack the basket, something he can’t do with Blake Griffin and Jordan on the court. He might be best utilized with the second unit.

Hoops Rumors: Jamal Crawford‘s minutes are down, but he seems OK with it so far, even though he appeared to hint at dissatisfaction over the summer and is entering a contract year. How have the Clippers convinced him to stay engaged?

Ben Bolch: Crawford’s immense value was never clearer than in the game against the Pistons where he scored 37 points in a spot start. He’s done a great job of staying patient and professional amid the reduced playing time and will be an important part of whatever success the Clippers have this season. It was interesting to note that Crawford’s best game came with Stephenson barely playing — less than two minutes. One of the big questions coming into the season was whether Crawford and Stephenson could coexist as contributors and it hasn’t been answered.

Hoops Rumors: Paul Pierce was a locker room leader for the Wizards, but the Clippers have others to fill that role, Chris Paul in particular. What sort of approach is Pierce taking on this team?

Ben Bolch: He’s been vocal. Doc Rivers said he’s entered the locker room on several occasions to find Pierce addressing the team and saying things that Rivers had planned to say. That’s a big boost for the coaching staff and the players to have that voice of someone who has won a championship. Paul said he welcomes it.

Hoops Rumors: Josh Smith is the only big man off the bench in the rotation thus far, but even he hasn’t seen that many minutes. Have the Clippers had success with all their small ball lineups, or are they just trying to keep up with what their opponents are doing?

Ben Bolch: The Clippers’ second unit has been hit and miss. They have tried to match up at times and tried to exert their own will at others. The small-ball lineups haven’t terrorized opponents as some thought before the season, but they have been moderately effective in stretches. Wesley Johnson and Smith have been effective at times playing alongside Austin Rivers, Crawford and Pierce. It just hasn’t all come together yet.

Hoops Rumors: The Clippers haven’t gone with a traditional point guard to back up Chris Paul too much this year, either. How well has Austin Rivers handled those duties so far?

Ben Bolch: He’s been solid defensively but a little erratic offensively, especially with the jump shot that he worked so hard to improve during the summer. He hit a big 3-pointer late in the game against Detroit, though, so maybe things are starting to turn in a better direction for him. Austin is usually at his best attacking the basket, something the Clippers hope he does more than becoming largely a jump shooter.