The Beat: Jorge Castillo On The Wizards 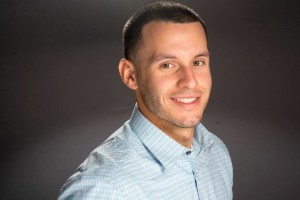 We at Hoops Rumors will be chatting with beat writers from around the league and sharing their responses to give you a better perspective on how and why teams make some of their most significant moves. Last time, we spoke with Candace Buckner of The Indianapolis Star about the Pacers. Click here to see all the previous editions of this series.

Today, we gain insight on the Wizards from Jorge Castillo of The Washington Post. You can follow Jorge on Twitter at @jorgeccastillo, and check out his stories right here.

Hoops Rumors: Kevin Durant‘s visit to Washington this week has reignited all the talk about the potential that he’ll sign with the Wizards in the summer. Durant is guarding against the rumors becoming a distraction for him, but what, if anything, are the Wizards doing to make sure their plans for the future don’t detract from what they’re doing this season?

Jorge Castillo: Every personnel decision the Wizards have made over the last two years was to improve the roster in the short-term while ensuring they’ll have the salary cap space to make a run at Durant in 2016. The strategy included not offering Paul Pierce a multi-year deal; adding Jared Dudley, Alan Anderson and Gary Neal on one-year commitments; resigning Drew Gooden III on one-year deal; and waiting to give Bradley Beal a max contract until July. With a core of Beal, John Wall, and Marcin Gortat, the Wizards believe they are a top Eastern Conference contender and would become a championship favorite with Durant.

Hoops Rumors: Are the Wizards at all worried that Beal will seek a short-term offer sheet or sign his qualifying offer, or are they fully confident that he’ll be willing to re-sign with them on a long-term max deal next summer?

Jorge Castillo: No, they’re not [worried]. The two sides mutually agreed to table contract discussions until next summer because a max contract signed next summer makes sense for both sides: The Wizards will have roughly an additional $7MM in cap space because Beal’s cap hold will be $14MM instead of $20.9 million and Beal will be able to sign a five-year deal instead of a four-year extension of his rookie contract because he’ll become a restricted free agent.

Hoops Rumors: Nene‘s name surfaced in trade rumors during the offseason, and the Wizards have removed him from the starting lineup in favor of Kris Humphries. How is Nene approaching this season, the last on his contract?

Jorge Castillo: It’s been a transition for Nene. He’s been a starter for most of his career and the Wizards as late as early last season were very dependent on him. But he accepted the decision and the Wizards hope he will be an anchor for the second unit as the backup center.

Hoops Rumors: How well has the rest of the team taken to coach Randy Wittman‘s new, more perimeter-oriented attack? Has the adjustment been fairly seamless, or have some trouble spots emerged?

Jorge Castillo: Most of the players love the idea and understand why they’re doing it: Wall and Beal are their best players and the style suits their skill sets. But the adjustment has been bumpy. They’ve turned over the ball at a drastically higher rate than last season — they combined for 50 turnovers in losses to the Celtics and Hawks — and the defense, which ranked in the top 10 each of the last seasons, has declined. It’s early in the season, though, and the team believes the operation will improve with time.

Hoops Rumors: Otto Porter is the team’s third leading scorer so far, and it seems like he keeps getting better. How good do the Wizards think he’ll eventually become?

Jorge Castillo: The Wizards believe Porter can become a very good player and the perfect complement to the team’s stars because he’s a versatile defender who doesn’t need the basketball in his hands to be a factor at the other end. He has become an effective spot-up 3-point shooter and his cutting ability is maximized in the new spacial offense. He’s only 22 so there’s plenty of room to grow.

Hoops Rumors: The Wizards spent most of their mid-level exception on Alan Anderson, who’s still yet to play for them as he continues to recover from a pair of surgeries on his left ankle. How close is he to returning, and with plenty of other rotation-caliber wing players on the roster, what role does the team envision for him when he gets back?

Jorge Castillo: Anderson likely won’t be back until December. He’ll fit into the rotation at the two and three, likely taking the minutes that are being allocated to Garrett Temple and rookie Kelly Oubre Jr. Wing depth was one of the Wizards’ weaknesses last season so they stockpiled on them during the offseason to maximize versatility in preparation for the new offense. And his defensive ability will be a welcomed addition.