The Beat: Calvin Watkins On The Rockets 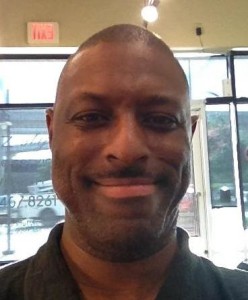 We at Hoops Rumors will be chatting with beat writers from around the league and sharing their responses to give you a better perspective on how and why teams make some of their most significant moves. Last time, we spoke with Mark Medina of the Los Angeles Daily News about the Lakers. Click here to see all the previous editions of this series.

Today, we gain insight on the Rockets from Calvin Watkins of ESPN.com. You can follow Calvin on Twitter at @calvinwatkins, and check out his stories right here.

Hoops Rumors: Both Ty Lawson and Patrick Beverley are averaging fewer points and assists than they did last season on separate teams. It’s early, but is it too early for concern about whether they can successfully co-exist?

Calvin Watkins: Too early right now. Lawson was being passive-aggressive in some situations until recently when James Harden told him to become more aggressive. Lawson just needs to find a comfort level within the offense and do what he normally does. Against Oklahoma City, Lawson had 11 assists and made six of 10 shots from the floor. When he’s playing aggressive, passing and taking open looks, he’s an excellent point guard to watch. Beverley’s numbers are going to go down just because he’s going to defer to Lawson when the duo is on the floor. There is one area that will increase, the number of 3-point attempts for Beverley. He will get more open looks because of Lawson and even to a certain degree what Harden is going to do, that’s become a passer. It’s too early to worry about them right now.

Hoops Rumors: Dwight Howard seemingly has a lot to prove this year after he missed half of last season with injury, especially since he can opt out next summer. Is he taking a different approach to this season?

Calvin Watkins: Howard isn’t going to participate in many back-to-backs, at least early in the season. The Rockets are taking a cautious approach with him because he had some back stiffness after the first preseason game. The Rockets don’t want to push Howard too much for fear they will lose him again. Remember he played in a career-low 41 games last season due to an assortment of injuries. I think Kevin McHale wants to use him more, especially in the early going, but as the season moves along, Howard will gain more minutes.

Hoops Rumors: Were you surprised at all that the Rockets didn’t sign either Terrence Jones or Donatas Motiejunas to extensions before the deadline Monday?

Calvin Watkins: Not really. I think the Rockets value both players but let’s be honest, Jones has endured too many health issues the last few years and while he’s very athletic and has tremendous upside, in just the last two seasons he’s had nerve damage to his leg, a collapsed lung, bruised ribs, a concussion and a lacerated eyelid. I don’t believe he’s injury-prone, but he’s got some bad luck. Motiejunas is coming off back surgery and like with Howard, the Rockets are being cautious. His return is uncertain but when he does play, he’s almost as talented as Jones. Rockets have to wait on the health of Motiejunas more than anything else before deciding on whether he’s worth a long-term deal. Having a back problem can be a dicey situation.

Hoops Rumors: Speaking of Motiejunas, his absence seems to have opened some minutes for Montrezl Harrell so far, though Sam Dekker has mostly been stuck on the bench. What does the team expect from the two rookies this season?

Calvin Watkins: Harrell is a surprise. He plays with hustle and he has some good post moves. The Rockets have been short-handed at the forward/center spot, so Harrell is getting his chance to play more. He needs to improve on his defensive rotations and that comes with more playing time. Dekker is just behind Trevor Ariza at small forward and is still trying to figure out how to get his own shot. He’s going to be awhile in terms of getting playing time.

Hoops Rumors: The Rockets re-signed K.J. McDaniels this summer, but he still isn’t seeing much playing time. What has to happen for that to change?

Calvin Watkins: Injuries. McDaniels is very talented, athletic, a little out of control, but has upside. Rockets have too many shooters ahead of him. If someone gets hurt, like Ariza, Harden or Corey Brewer, then you might see that change. For now, he’s stuck on the bench.

Hoops Rumors: The Rockets reportedly persuaded Brewer to decline his $4.905MM player option when they traded for him last year, and yet they re-signed him this summer to a deal with an average annual value of almost $7.807MM, a nearly $3MM difference. What did Brewer do that made such a positive impression on the team?

Calvin Watkins: McHale loves veteran players who play hard on both ends. That’s Brewer. The fact he’s won a title also gives him value in the Rockets locker room. He’s instant offense on the break off the bench and he’s a pretty good defender. Plus, he’s good friends with Lawson and that can only help the point guard in his growing process from the issues he endured in the last several months.

2 thoughts on “The Beat: Calvin Watkins On The Rockets”