The Beat: Gery Woelfel On The Bucks 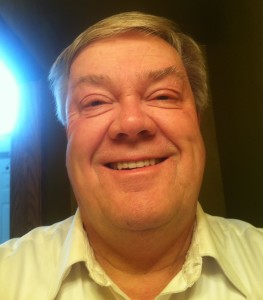 We at Hoops Rumors will be chatting with beat writers from around the league and sharing their responses to give you a better perspective on how and why teams make some of their most significant moves. Last time, we spoke with Tony Jones of The Salt Lake Tribune about the Jazz. Click here to see all the previous editions of this series.

Today, we gain insight on the Bucks from Gery Woelfel of The Journal Times. You can follow Gery on Twitter at @GeryWoelfel, and check out his stories right here.

Hoops Rumors: Bucks officials seemed to do their best to temper the high expectations surrounding the team coming into the season, but I don’t think anyone expected a start this slow. What’s gone wrong?

Gery Woelfel: I think it’s a combination of things. I don’t know that it’s one thing in particular. They lost some really quality veteran leadership in Zaza Pachulia and Jared Dudley. That’s affected them somewhat. … They’ve been perhaps, maybe a little too arrogant, for lack of a better word, coming off last season. They went from 15 wins the prior season to 41. Certainly, you can just look at the Eastern Conference as a whole … the rest of the East is pretty good, too.
Hoops Rumors: What has the net effect of the addition of Greg Monroe been for the Bucks so far? He seems to be producing pretty much the same numbers he did with the Pistons. Do you think he’s been a net positive for the Bucks?
Gery Woelfel: Yeah, I do. He’s done a couple of things. One, the Bucks have really needed a low-post scorer, and then secondly, if you followed the Bucks-and-Bulls series last year, one of the real shortcomings of the Bucks was their lack of rebounding, and there were a couple of games in which they just simply got annihilated on the boards. … They definitely shored up their interior game.
Hoops Rumors: Monroe is taking the most shots, but Giannis Antetokounmpo is the leading scorer so far. Is Antetokounmpo the best player on this team?
Gery Woelfel: I personally don’t believe he’s the best player on the team. Actually, I think that distinction right now goes to Greg Monroe. He’s basically a double-double machine. Everytime he catches the ball, he’s almost immediately double-teamed. Giannis’ upside is off the charts, I think everybody knows that. The same holds true for Jabari Parker. In fact, I was talking to a former NBA player the other day, and he really believes that the Bucks should just turn the team over to Jabari Parker. He’s that talented.
Hoops Rumors: The Bucks gave John Henson a four-year, $44MM extension this fall and he’s averaging only 15.4 minutes per game, even fewer than he did last year. Why pay eight-figure salaries to someone who doesn’t play all that much?
Gery Woelfel: The Bucks have been known to make some very, very baffling decisions over the years. … I like John Henson. I wouldn’t give him that amount. Unfortunately for John Henson, I’m not so sure he’s Jason Kidd‘s kind of player. He didn’t play a lot last year over the course of the season. He didn’t really see extensive minutes until late in the season and in the playoffs. In that matchup against the Bulls, he did quite well, and that’s sort of what bought the extension. The Bucks look at him an asset, too. If they want to, they can trade him, and I’m sure there will be a team more than happy to take him off their hands.
Hoops Rumors: Marc Lasry has indicated in the past that he gives Jason Kidd’s voice just as much weight as John Hammond‘s when it comes to player personnel decisions. Is that the case, and how well are Hammond and Kidd working together?
Gery Woelfel: I think it’s pretty apparent to people around the NBA that deal with the Bucks that Jason Kidd is calling all the shots. … He decided that he didn’t want to pay Brandon Knight going forward. It was a very controversial trade. At the time the Bucks were seven games over .500. After the trade they were seven games under .500 and now of course they’re several games under .500 again this year.
Hoops Rumors: Knight has looked really impressive for the Suns so far. Is it too early to say that the trade was a mistake?
Gery Woelfel: I thought it was a horrendous decision. I said at the time I didn’t like the trade and I like it even less than now. Brandon Knight is a player some people around the NBA thought was an All-Star-caliber player last year. Now he’s off to a terrific start in Phoenix. The numbers don’t tell the whole story about Brandon Knight. The guy is just incredibly competitive. His work ethic. He was one of the first guys there and one of the last guys there, and most importantly, guys like playing with him, because he plays so hard. He’s totally into the game. I think his teammates appreciated that. … That’s not to demean Michael Carter-Williams, because Michael Carter-Williams really comes to the table with his length and his defense. He’s very capable of being one of the best defensive point guards in the league, but unfortunately he doesn’t bring it on a consistent basis. He was the worst 3-point shooter in the NBA as a starting point guard last year. … At this point in the NBA, it’s all about the three ball. You’ve got to be able to shoot the three ball, and unfortunately for Michael Carter-Williams, he can’t do that at this point in his career.
Retweet 8 Share 2 Send via email0
View Comments (0)