The 2016 NBA draft is less than a week away, and once teams make those picks, they’ll have to account for how to fit their newly-drafted rookies into their salary cap for next season. Cap holds for draft picks are almost always lower than those players’ eventual salaries, so many teams will take care of their other offseason business before officially locking up their first-round rookies and increasing their cap hits.

Taking into account slotted annual raises, Philadelphia’s No. 1 overall pick will likely sign a four-year rookie contract worth $26,620,450, but most first-rounders will make significantly less than that. By the time the Warriors’ 30th overall selection rolls around, Golden State’s first-round rookie will be on track to earn a little under $6MM on his four-year deal, or less than a quarter of what the No. 1 pick will make.

Here, using the scale amounts from Larry Coon’s Salary Cap FAQ, are the expected salaries for each pick of this year’s first round at the standard 120% of scale, from No. 1 to No. 30. The salary for each season in the four-year rookie contract is listed below, along with the total value of the projected contract: 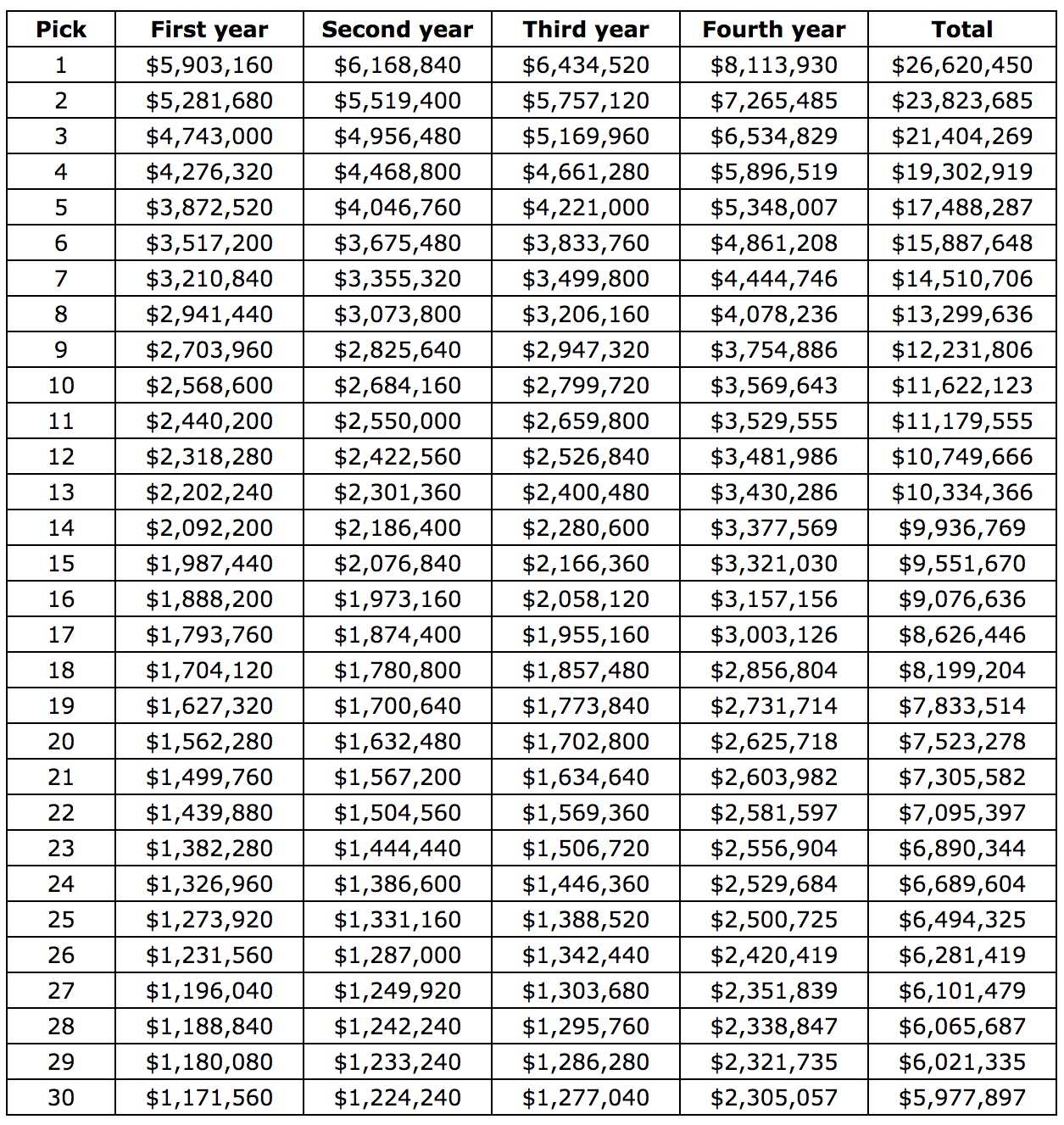