The NBA’s designated rookie rule and the Derrick Rose rule (formally known as the 5th year, 30% max criteria) are two related – but separate – rules in the league’s Collective Bargaining Agreement that apply to players who are finishing up their rookie contracts. 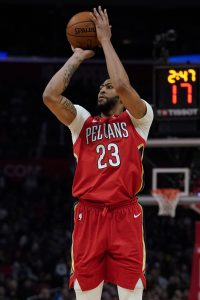 These rules have been the subject of several Celtics-related discussions this season when the possibility of Boston acquiring Anthony Davis is broached. While the Rose rule is frequently cited as the reason why the Celtics can’t trade for Davis during the 2018/19 league year, it’s actually the designated rookie rule that applies in that situation.

Here’s a breakdown of how each rule works, and the differences between the two:

There is no performance criteria required for a player to qualify as a designated rookie — his team just has to make the determination that he’ll be a designated player. The starting salary in a designated rookie extension must be worth at least 25% of the cap, which is typically the maximum salary for a player with fewer than seven years of NBA experience. In some cases, a player’s max can exceed 25%, but that’s getting into Rose rule territory, so we’ll put it on the back-burner for now.

Boston already traded for one player who is on a designated rookie extension – Kyrie Irving – so the only way to trade for Davis during the ’18/19 league year would be to get rid of Irving, which isn’t happening. With Irving expected to opt out of his contract to become a free agent during the summer of 2019, the Celtics would no longer have Irving on that designated rookie extension, and would be permitted to trade for Davis starting in July.

Irving’s deal will expire before Jayson Tatum is eligible for a rookie scale extension of his own, but even if the two contracts overlapped, it wouldn’t be an issue — teams can have up to two designated rookies at a time as long as they only traded for one of them, so the Celtics could make Tatum a designated rookie even if they already had one on their roster.

While the designated rookie rule allows a player to sign a longer extension with his current team, the Rose rule allows that player to sign for a larger-than-usual salary with his club. The rule, which was created after Rose won the MVP while playing on his rookie contract, allows young stars to qualify for a higher maximum salary – 30% of the cap instead of 25% – early in their careers.

Although we colloquially refer to this rule as the Rose rule, it’s technically known in the CBA as the 5th year, 30% max criteria, since a player has to meet certain criteria to qualify for the higher maximum salary in his fifth NBA season. A player becomes eligible for the 30% max when at least one of the following is true:

A player signing a rookie scale extension can receive the higher Rose-rule max if his extension covers at least four new years. A player signing a free agent contract can also be eligible for the Rose-rule max, if he’s coming off his four-year rookie contract, or if he’s a former second-round pick or undrafted free agent with four years of experience, and is re-signing with his current team.

For instance, if the Nuggets had exercised Nikola Jokic‘s team option for the 2018/19 season, he would have been an unrestricted free agent in 2019 with four years of NBA service. Denver could have made him a Rose-rule extension offer at that point if he had made an All-NBA team this season.

Of course, just because a player is eligible for a Rose-rule extension, that doesn’t mean a team has to offer a starting salary worth the full 30% max. That’s still a matter of negotiation between the player and team, and a starting salary between 25-30% is possible. 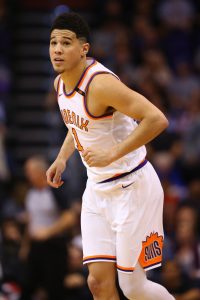 Teams and players can also negotiate conditional maximum starting salaries that hinge on the player’s performance. For example, when the Suns extended Devin Booker this past offseason, they included the following criteria for Booker’s starting salary:

Booker’s new extension is a prime example of both of these rules at work — the designated rookie rule ensures that he got a five-year extension and will limit Phoenix to one other designated rookie for the duration of Booker’s contract. The Rose rule will ensure that he gets a higher starting salary than the 25% max if he has an All-NBA season, though that looks like a long shot at this point.

While the two rules are closely linked, a player can be a designated rookie without receiving a Rose-rule max, and vice versa.

The NBA’s Collective Bargaining Agreement also includes the designated veteran rule, which combines aspects of both the designated rookie and Rose rules, but applies to players with more years of experience. We explain that concept in a separate glossary entry.

Earlier variations of this post were published in 2013 by Chuck Myron.