Players and teams have to meet certain criteria to earn Bird rights and Early Bird rights, but Non-Bird rights are practically a given. They apply to a player who has spent a single season or less with his team, as long as he finishes the season on an NBA roster. Even a player who signs on the last day of the regular season and spends just one day with his club would have Non-Bird rights in the offseason. 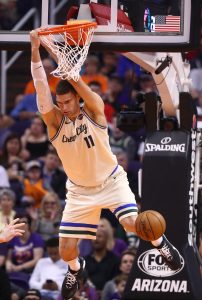 The salary limitations that apply to Non-Bird rights are more severe than those pertaining to Bird rights or Early Bird rights, so in many cases, the Non-Bird exception may not be enough to retain a well-regarded free agent. For instance, the Bucks held Brook Lopez‘s Non-Bird rights last summer, but were unable to realistically use them to re-sign the free agent center.

In order to bring back Lopez, who ultimately signed a new four-year, $52MM deal with Milwaukee, the team had to use cap room or another exception. The Bucks ended up making a series of moves that allowed them to carve out the cap space necessary to pay Lopez $13MM annually.

Holding Non-Bird rights on a free agent didn’t really help the Bucks in that scenario, but there are cases in which the exception proves useful. For instance, the Clippers will only have Non-Bird rights on Marcus Morris this offseason, but because his ’19/20 salary is $15MM, Los Angeles would be able to offer a starting salary worth up to $18MM. That should give the club plenty of flexibility to re-sign Morris without using cap room or another exception, if there’s mutual interest in a new deal.

Although no contracts signed during the 2019 offseason fit the bill, Luke Kornet‘s 2018 contract with the Knicks provides an example of a team using Non-Bird rights on a minimum salary player. Kornet, whose minimum salary would have been $1,349,383 in ’18/19, was eligible to sign for up to 120% of that amount via the Non-Bird exception. As such, his one-year deal with New York was worth $1,619,260.

Finally, it’s worth noting that a player who re-signs with his previous team on a one-year deal and will have Early Bird or Bird rights at the end of that contract would surrender those rights if he consents to a trade. In that scenario, he’d only finish the season with Non-Bird rights.

This happened to Rodney Hood in 2019, when he agreed to a trade that sent him from Cleveland to Portland. Because he lost his Bird rights by consenting to the deal, Hood only had Non-Bird rights during the 2019 offseason, so the Trail Blazers had to use their taxpayer mid-level exception to re-sign him.