The Beat: Paul Coro On The Suns 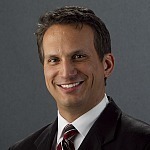 Paul Coro of The Arizona Republic

We at Hoops Rumors will be chatting with beat writers from around the league and sharing their responses to give you a better perspective on how and why teams make some of their most significant moves. Last week, we spoke with Jody Genessy of The Deseret News about the Jazz. Click here to see all of the previous editions of this series.

Today, we gain insight on the Suns from Paul Coro the Arizona Republic. You can follow Paul on Twitter at @paulcoro, and click here to check out his stories on azcentral.com.

Hoops Rumors: How do you sense that people within the Suns organization feel about their pursuit of LaMarcus Aldridge? Do they take the fact that they came as close as they did to landing him as an encouraging development that they can build on for next summer, or are they just disappointed that they didn’t get him?

Paul Coro: There is some of both. They sense that they were so close, perhaps even ahead at one point, in landing Aldridge that there was disappointment in not signing him. The team has been seeking an All-Star player for years and had an intricate plan to land one that they thought would fit their system and needs. Despite the disappointment, they are encouraged that a player of his caliber put the Suns ahead of all other suitors, except for San Antonio. As they struggle to land the team’s first major free agent signing since Steve Nash in 2004, being in the final two for Aldridge showed them that the franchise, market and team can still be a viable threat in free agency but each player and case is unique.

Hoops Rumors: The Tyson Chandler signing seemed to take everybody off guard, especially given the presence of Alex Len. Do you think the Suns still would have gone after Chandler if they didn’t think he would help them land Aldridge?

Paul Coro: The Suns say they wanted Chandler regardless of how the Aldridge pursuit turned out and they obviously had to be prepared for that outcome, given that the Spurs were such huge favorites to get Aldridge entering July. He definitely was a major piece in the plan to land Aldridge, who they knew had a great deal of respect for Chandler and wanted to play exclusively at power forward. It changed the race to have Chandler surprisingly walk in that room for the first Aldridge meeting. But on his own, Chandler addresses many of the Suns issues from last season. He addresses a major issue with lack of leadership. He is the pick-and-roll threat they have lacked with two starting guards who can run pick-and-roll and a system that needs a big man to help suck a defense into the paint to create space for perimeter shooters. He also helps the Suns’ shortcomings with interior defense and rebounding while providing a mentor to develop Alex Len, who is only 22 years old with 111 appearances.

Hoops Rumors: It doesn’t seem like there will be wholesale changes now that president of basketball operations Lon Babby has transitioned to advisory role, placing GM Ryan McDonough firmly in charge of player personnel. Still, is there a more subtle difference between the way Babby and McDonough operate that you think will have a tangible effect going forward?

Paul Coro: The basketball operation and its roles will stay much the same but it will be clearer for teams dealing with the Suns to know who is the point of contact for all things basketball. McDonough already has had his fingerprints on all aspects of the Suns’ operation and this only enhances his ability to lead the department.

Hoops Rumors: If the Morris brothers hadn’t run into legal trouble, do you think Marcus Morris would still be a Sun today?

Paul Coro: The legal issue certainly did not help Marcus Morris’ case but the Suns made the trade, in large part, to show Aldridge that they had the salary cap space to sign him without asking him to commit before they had made the moves to do so. It also addressed an issue at small forward, where the Suns were overloaded and have second-year player T.J. Warren earning a chance for more time. With Warren and P.J. Tucker, there would be little time for another player and that would have left Marcus Morris, a part-time starter, potentially on the outside of the rotation and disgruntled. Danny Granger, another small forward who had been rehabilitating in Phoenix, and Reggie Bullock, a swingman who can play some small forward, were also sent to Detroit in that trade.

Hoops Rumors: This past season was a disappointment. Which move from the 2014 offseason do you think the Suns regret the most?

Paul Coro: The signing of Isaiah Thomas was a good deal for the contract value and his production but it disrupted team chemistry by bringing in another point guard who was accustomed to starting and being a team’s primary playmaker. Goran Dragic already had seen the Suns trade for another point guard, Eric Bledsoe, and draft another point guard, Tyler Ennis, since he re-signed with the Suns. Then, Thomas entered the picture and outwardly aimed for a starting job and the status to close games. The Suns did not plan to use three point guards at once but it became a necessity to take advantage of their talent and keep each of the three point guards content, although it still left Dragic unhappy. He was the point guard who played most off the ball after being an All-NBA performer as a point guard in 2013/14, when Bledsoe missed half the season.

Hoops Rumors: It seems odd that Robert Sarver appears as willing to be aggressive as he is now in getting the Suns back to the playoffs after having been notorious for cost-cutting moves when the team was a title contender. Do you think Sarver has truly changed his approach?

Paul Coro: The franchise has matched an all-time low for playoff absence, a five-year dry spell that matches the stretch from the franchise’s second through sixth seasons. The Suns remain aggressive because they want to get back in the playoffs and do not feel like they are that far away, especially given the season they had in 2013/14. Their research also makes them not believe in the idea of tanking because of how long it takes to rebuild and the lack of a guarantee for it to work, not to mention the economic impact on the franchise in the meantime. This is a franchise that will soon be seeking public support for a new arena so a franchise-record playoff drought would not help generate that backing.