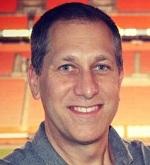 Sam Amico, the founder and editor of AmicoHoops.net and a broadcast journalist for Fox Sports Ohio, will write a weekly feature for Hoops Rumors with news, rumors and insight from around the NBA. If you missed last week’s installment, click here. Here’s this week’s edition:

Last time the Raptors got out of the first round of the playoffs, Steph Curry‘s dad still played in the NBA.

In fact, Dell Curry actually played for the Raptors. That was 2001, and the last time the Raptors experienced the Eastern Conference semifinals.

Now? There is plenty of reason the Raptors can get there again.

They’ve won the Atlantic Division each of the past two seasons, finishing with records of 49-33 last season and 48-34 the year before that.

They boast a talented backcourt in Kyle Lowry and the dynamic DeMar DeRozan. They can beat you down low with more-than-capable center Jonas Valanciunas, and on the wing, with new combo forward DeMarre Carroll.

They have a coach in Dwane Casey who clearly knows his X’s and O’s and has his players’ attention. Casey’s team excelled on offense, as the Raptors averaged 108.1 points per 100 possessions during the regular season, good enough for third in the league, as NBA.com shows.

Then came the playoffs, and the Raptors were dumped in the first round, for the second straight year.

If any team has shown that the playoffs are a different animal, it’s the Raptors. The playoffs are where defense is king, where a lack of ball movement can kill you, where weaknesses are exposed.

So far, the Raptors have come up short in too many of those areas.

On the bright side, they feel like they’ve addressed many of those areas through the draft, and especially, free agency.

Along with Carroll, a solid all-around and athletic defender on the wing, the Raptors signed free agents Cory Joseph, Luis Scola and Bismack Biyombo. Joseph takes pride in his defense, Scola flourishes in banging near the basket and Biyombo, at the very least, can protect the basket.

None are perennial All-Stars, but that’s not necessarily what the Raptors needed. They merely required some new pieces and parts to complement the likes of Lowry, DeRozan, Valanciunas, Terrence Ross and underrated power forward Patrick Patterson.

“The guys we added are system-type guys,” Casey said in an extensive Q&A with John Schuhmann of NBA.com. “Lou [Williams, who signed with the Lakers] is one of the top iso players in the league. I wouldn’t be very smart if I didn’t utilize that, and we did. We got criticized for it and sometimes that style of play doesn’t translate in the playoffs.

“But I think you got to have a balance, because some systems get bogged down in the playoffs also. That’s what we’re shooting for this year, to get a balance between having a guy that can break down a defense and get his own shot, as well as ball movement and body movement, which is what all coaches are striving for.”

Rookies Delon Wright and Norman Powell will also add depth to the backcourt, and based on their stellar play in summer league, may be more ready to contribute than perhaps even the Raptors expected.

So can this be the year? Can the Raptors finally get out of the first round? And if so, can they go beyond that?

Casey seems to think so.

“We’re still growing,” he told Schuhmann. “But I thought what we went through last year, even though it was painful, was what we needed. It was a dose of reality for us as a staff, for our players, and for everybody involved.”

If that dose of reality and the recent playoff lessons are implemented and carried out on the court, the Raptors may just have enough to be more than a strong team in the regular season — and shed that bit of trivia related to the father of last season’s league MVP.

The Raptors have the players. They have the coach. Now all they have to do is put it all together when it means the most.

7 thoughts on “Column: Are Raptors Ready For Deep Playoff Run?”