The Beat: Keith Pompey On The Sixers 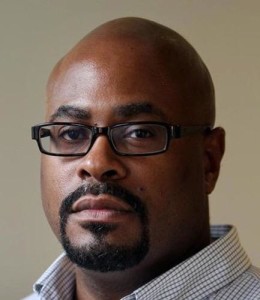 We at Hoops Rumors will be chatting with beat writers from around the league and sharing their responses to give you a better perspective on how and why teams make some of their most significant moves. Last time, we spoke with Anthony Slater of The Oklahoman about the Thunder. Click here to see all the previous editions of this series.

Today, we gain insight on the Sixers from Keith Pompey of The Philadelphia Inquirer. You can follow Keith on Twitter at @PompeyOnSixers, and check out his stories right here.

Hoops Rumors: GM Sam Hinkie said that he feels like the difference between where the Sixers are now and where they were two years ago is “night and day.” Is that exaggeration, or do you think the Sixers have really made that much progress?

Keith Pompey: Some not familiar with the 76ers would label Hinkie’s comments as an exaggeration. However, he’s actually right when you consider the Sixers finally have several players that fit into their long-term plan on the floor. They added the shooter they wanted to get with their second first-round pick in the 2014 draft in Nik Stauskas. Jahlil Okafor will be the first top-10 draft pick to play as a rookie. They’re also excited about this summer’s additions to their staff. So yes, they are night and day even though this an inexperienced and young team.

Hoops Rumors: As you alluded to, Jahlil Okafor will become the first top-10 pick to take the floor for the Sixers in the same year that he was drafted since Hinkie took over as GM, barring something unforeseen in the next few weeks. Do you think the Sixers hold him in higher regard than anyone else on the roster?

Keith Pompey: They don’t hold him in higher regard than anyone else on the roster. They see him as one of the core pieces, not the core piece. Noel and Joel Embiid (if healthy) will be the other core pieces in the future.

Hoops Rumors: Do you think the Sixers view Nik Stauskas as likely to develop into a cornerstone piece or as just one of many players on the roster with a vague possibility of panning out?

Keith Pompey: The Sixers hope that he can develop into a cornerstone player. However, they realize that will be up to him. He has a lot to prove this season following his struggles last season in Sacramento. As we learned with the Michael Carter-Williams trade, the Sixers aren’t afraid to part ways with projected cornerstone players that don’t pan out.

Hoops Rumors: A strong chance exists that the Sixers will have four first-round picks in 2016. If it still looks that way at the trade deadline, do you think they would attempt to move one or more of them for an intriguing veteran?

Keith Pompey: Don’t rule out anything. The Sixers have shown that they will make any move to advance the franchise.

Hoops Rumors: The Sixers signed Kendall Marshall for four years and $8MM, a relatively cheap deal that’s nonetheless the most lucrative free agent contract Hinkie has handed out to date. Do you think the Sixers made the expenditure because they believe Marshall has a decent chance to become the long-term solution at point guard, or were they just looking for a stopgap at a position of need?

Keith Pompey: Kendall Marshall will get every opportunity to show that he can become a long-term solution at point guard. Marshall will determine if he’s a stopgap or not. But if the Sixers get a chance to upgrade the position, they’ll do it in a heartbeat. Personally, I see him as a long-term backup.

Hoops Rumors: I’ll ask you this one since you were the reporter Markieff Morris talked to when he made his trade demand: Are you surprised that he now says he wants to be with the Suns?

Keith Pompey: I’m not surprised, because Markieff Morris’ trade value dropped after saying he no longer wanted to play there. His best option was to become a happy camper and make people think things are mended with the organization to drive up his trade value.

13 thoughts on “The Beat: Keith Pompey On The Sixers”