The Beat: Vince Ellis On The Pistons 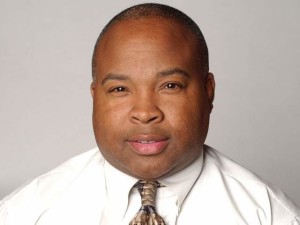 We at Hoops Rumors will be chatting with beat writers from around the league and sharing their responses to give you a better perspective on how and why teams make some of their most significant moves. Last time, we spoke with Jerry Zgoda of the Star Tribune about the Timberwolves. Click here to see all the previous editions of this series.

Today, we gain insight on the Pistons from Vince Ellis of the Detroit Free Press. You can follow Vince on Twitter at @Vincent_Ellis56, and check out his stories right here.

Hoops Rumors: Where do the Pistons and Andre Drummond stand as the deadline for an extension approaches?

Vince Ellis: Stan Van Gundy told reporters in Chicago on Wednesday night that they would have something soon, but he didn’t specify details. I’ve heard that it’s something the Pistons are still working through. Remember this isn’t a negotiation in a traditional sense. Drummond will eventually sign a five-year, $120MM contract extension off his rookie deal. It’s just a matter of when he signs it. If he signs it next offseason, the Pistons will have roughly $12MM more in cap space to chase free agents or facilitate trades — although with the rising cap it’s debatable how much that extra space would help the Pistons. But Drummond has to feel comfortable knowing that if he doesn’t sign now — he will still get the deal if for some reason things don’t go well this year. But the Pistons may decide to just do the deal to give Drummond peace of mind.

Hoops Rumors: Last week, you reported that the Pistons are keeping an eye on the relationship between Markieff Morris and the Suns. However, the Pistons traded for a starting stretch four in June when they acquired Ersan Ilyasova. Why do you think the Pistons are interested in Morris?

Vince Ellis: Simple, they think he is a good player. Grantland had a recent piece on the value of the assist and continued telling us the foolishness of the midrange jump shot. The article points out that Markieff is one of the guys who actually can do work from midrange area. Guys with a heat map that covers the three-point circle are valuable. Also he is locked up for four more years at $8MM per. With the escalating salaries the contract is a bargain. The Pistons will have competition IF the Suns decide to make a move.

Hoops Rumors: What does Reggie Jackson have to do on the court to make a convincing case that he’s truly worthy of the five-year, $80MM deal he signed this summer?

Vince Ellis: After a subpar game in the first preseason game, Jackson has been more than solid, shooting 50% from the field and 40% from three-point range in the next three games. If he can have those numbers be 45% and 35% in the regular season, you have a guy living up to his contract – at least by today’s standards when a lot of guys have got eye-opening numbers.

Hoops Rumors: Van Gundy seemed to make backup big men a priority, committing $9MM in combined salaries this season to Aron Baynes and Joel Anthony. Why do you think he found it so important to pour resources into that part of the roster?

Vince Ellis: I’m assuming you are referring to why he did this when the trend is small ball. I really don’t think $9MM is that much of a $70MM payroll. They have four guys (Ersan Ilyasova, Marcus Morris, Anthony Tolliver and human utility belt Stanley Johnson) more than capable of playing the stretch-four position. Van Gundy is stressing the need to play all styles. There are good teams with traditional starting fives (San Antonio, Chicago Bulls and Memphis Grizzlies). It’s simply a matter of wanting to match up against those teams.

Hoops Rumors: The Pistons have 17 fully guaranteed salaries and 15 regular season roster spots to go around. How do you think the Pistons resolve this logjam? Who is most likely to go?

Vince Ellis: Getting rid of two — Danny Granger and Cartier Martin — will probably be easy. There were indications Granger would be waived or traded as soon as he was acquired from the Suns. Health is an issue and he has been allowed to stay away from the team during camp to rehab. Martin was a disappointment in his first season with the Pistons and an issue with his right hand has prevented him from getting time during the preseason. The last roster spot appears to come down to Reggie Bullock and camp invite Adonis Thomas. But Bullock has been a revelation and Thomas has been hampered by a sore Achilles.

Hoops Rumors: What do you think Van Gundy learned in his first season balancing the duties of both coach and executive that he can take into this season?

Vince Ellis: Really hard to compare the two. He took over in May and spent the summer on the sidelines for the most part except for a couple of free agent signings because he didn’t feel comfortable making major personnel decisions without the apparatus in place. But he was stunning the NBA by Christmas with the waiving of Josh Smith and wound up moving to get Reggie Jackson at the trade deadline. I think most of the lessons he will take into this season will come at the coaching end. He was probably caught off guard with just how much teams have come to rely on the three-point shot. He is adjusting his defense there and also on how the team guards the pick-and-roll.