The Beat: Candace Buckner On The Pacers 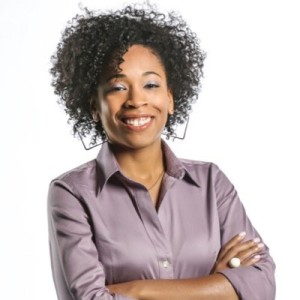 We at Hoops Rumors will be chatting with beat writers from around the league and sharing their responses to give you a better perspective on how and why teams make some of their most significant moves. Last time, we spoke with Calvin Watkins of ESPN.com about the Rockets. Click here to see all the previous editions of this series.

Today, we gain insight on the Pacers from Candace Buckner of The Indianapolis Star. You can follow Candace on Twitter at @CandaceDBuckner, and check out her stories right here.

Hoops Rumors: The Pacers had a ton of success with two traditional big men and a slow-it-down approach before Paul George‘s injury. What made this offseason the right time to change gears and adopt small ball and a faster pace?

Candace Buckner: The change started at the top with Larry Bird believing the team needed to score more points. The previous style was more focused on the defensive end and naturally, made the offensive game a slow slog. I believe Bird thought it was the right time because the “smash mouth” style had reached its peak plus the team could only go so far with a slow, plodding center in Roy Hibbert. With Hibbert and David West both near the end of their contracts, it made sense to switch gears and try something new.

Hoops Rumors: Some of George’s most recent comments indicate that he’s warmed to the idea of playing power forward. Where does he stand on the idea now, and how concerned was the organization when he expressed his reluctance to the position switch?

Candace Buckner: George hasn’t played a ton of true fours this season and won’t have to defend the real power forwards of the league. So his concerns about the position have cooled. I doubt the organization had any real concerns about his thoughts.

Hoops Rumors: The team invested more heavily in Monta Ellis than anyone else this summer, committing nearly $44MM over four years to him. What is it about him that appealed to the Pacers, and what drew him to Indiana?

Candace Buckner: The Pacers liked his speed and scoring ability. Monta Ellis was believed to be the perfect counterpart to George, to help take the offensive responsibility off of him. Ellis has shown to not only score and get his own looks from mid-range and closer to the rim, but also create for others. We’ve already seen the ball in his hands a lot in the fourth quarter and two years ago when George was healthy, he had that role.

Hoops Rumors: What are the expectations for Myles Turner this season? How quickly do the Pacers think their lottery pick can contribute?

Candace Buckner: Indiana has lofty expectations in Myles Turner, in that the team is relying on him as the backup center already. I don’t know if he will usurp Ian Mahinmi as the starter but he’s definitely a rotational guy who’s minutes are only going to progress. However, Turner has dealt with a myriad of small ailments already and so the team can only trust in him so much. Once he gets healthier, I see him playing an even larger role.

Hoops Rumors: The Pacers signed three players this summer who were drafted in the top half of the second round within the last two years — Rakeem Christmas, Glenn Robinson III and Joe Young. Which one of them most excites the front office?

Candace Buckner: Glenn Robinson III seems to be the early favorite. Another guy that Bird truly likes. He can defend, has worked on his shooting and has tremendous athletic ability. He’s similar to a young and raw Paul George. He has dealt with a shoulder injury so he’s only played in one game, but he’s already broken into the 10-man rotation.

Hoops Rumors: Chase Budinger is the fifth most highly paid player on the Pacers this season. What sort of contribution does the team envision from him?

Candace Buckner: Budinger needs to stay healthy — which he hasn’t done through his career — to be a big contributor. They like his running and spacing ability for the spread offense. In small ball, he can play the four or the three and mostly he’ll be spotting up from beyond the arc.

One thought on “The Beat: Candace Buckner On The Pacers”