The Beat: Jason Lieser On The Heat 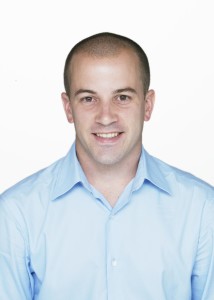 We at Hoops Rumors will be chatting with beat writers from around the league and sharing their responses to give you a better perspective on how and why teams make some of their most significant moves. Last time, we spoke with Monte Poole of CSN Bay Area about the Warriors. Click here to see all the previous editions of this series.

Today, we gain insight on the Heat from Jason Lieser of The Palm Beach Post. You can follow Jason on Twitter at @JasonLieser and the Post’s Heat coverage on Facebook, and check out his stories here and here.

Hoops Rumors: What has Dwyane Wade done differently this season to allow himself to play at such a high level, and did the Heat have any idea this was coming when they gave him his one-year, $20MM contract?

Jason Lieser: The misconception nationally over the past few years has been that Wade’s skills are in decline, when really it was a decline in health. Since the end of the 2013/14 season, however, there have been gradual improvements. Wade missed 20 games last year, but all of them were a direct result of something that happened on the court — not the ambiguous, lingering knee pain. As long as his knees are in reasonably good shape, he has reworked his game to remain one of the best scorers in the league and should be in the mix to earn an All-Star spot. That said, the upward trend in his health won’t last forever, and he turns 34 next month. As far as the return on that $20MM, that was probably over market value for him for the 2015/16 season, but not by much. Klay Thompson is making close to $16MM this season, and his offensive stats last year were comparable with Wade’s.

Hoops Rumors: The leaguewide trend is toward small-ball, but the Heat have two of the best big men in Chris Bosh and Hassan Whiteside. With Whiteside hitting free agency this summer, do you think the Heat have seen enough yet to be sold on the pairing for the long term, and is there any legitimacy to the idea that the Heat would trade him this season?

Jason Lieser: The Heat are absolutely sold on Bosh as a top-tier player at his position, and he is in the conversation among the best and most versatile defenders among big men. Whiteside is an interesting case because his value on the court is drastically disproportionate to his $981K contract. That basically makes him untradeable because it will be almost impossible to get good value in return given that salary has to match. I can’t envision Miami letting an asset like Whiteside walk out the door, so if there is no suitable trade I expect the Heat will pay whatever it takes to re-sign him.

Hoops Rumors: What can the Heat do to offset their lack of outside shooting?

Jason Lieser: They can start making more. That’s about it. They do not have the roster flexibility to add anyone at the moment unless they make a trade or flat out cut somebody. They can’t pluck a shooter out of the D-League and give him a shot. The Heat are third in the NBA in 2-point shooting percentage (50.9) and second-worst in 3-point accuracy (31.6%). This is on course to be their worst 3-point shooting season since 2002/03. Miami is never going to be the Warriors, but it is realistic to expect modest improvement. Goran Dragic, Luol Deng and Gerald Green are all shooting significantly below their career averages, and that should come close to balancing out by the end of the season.

Hoops Rumors: Have you noticed a significant difference in the way the Heat have played since the Mario Chalmers trade, or have they been able to go on more or less without skipping a beat?

Jason Lieser: This is difficult to assess at the moment because Tyler Johnson is dealing with an impingement in his shooting shoulder. He was out three games and tried to return Wednesday in Brooklyn, but it wasn’t going well and he quickly exited. In a small sample size, he averaged 10 points in 22.7 minutes per game while shooting 50.6% over the 12 games after Chalmers was dealt. That works fine offensively, plus he improved his outside shot over the offseason and is an above-average defender.

Hoops Rumors: Gerald Green seems back in the team’s good graces following his suspension, and he’s seeing more playing time than anyone on the bench except for Justise Winslow. What has Green done that’s given Erik Spoelstra such confidence in him?

Jason Lieser: The No. 1 factor in Green’s playing time is his defense, and few outside the organization anticipated such a dramatic improvement. He talked a lot about the impetus for such a change in this article, which has some numbers that illustrate his progress: Green is obviously an gifted scorer, and the Heat need that off their bench, but his defense is keeping him on the court and earning him significant minutes late in games.

Hoops Rumors: What’s kept the Heat from turning to Amar’e Stoudemire much at all?

Jason Lieser: Good luck getting a straight answer on this. Spoelstra keeps saying he is in “rehabilitative recovery” or on “a maintenance program,” but he won’t explain what that means. Stoudemire has played 27 minutes over three games so far. My best guess is that they intend to use him for a shortened season starting in January or February — they did that with Greg Oden a few years ago — and they use him only in emergency situations prior to that.

4 thoughts on “The Beat: Jason Lieser On The Heat”