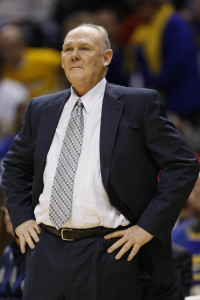 Former Sacramento coach George Karl discusses his firing, his relationship with DeMarcus Cousins and the turmoil inside the Kings organization in a wide-ranging interview with Ailene Voisin of The Sacramento Bee. It represents Karl’s most extensive comments since the team dismissed him April 14th.

2 thoughts on “George Karl Speaks Out On Kings’ Situation”