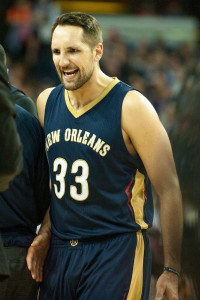 The Rockets and Ryan Anderson have agreed to terms on a deal that will bring the forward to Houston, Adrian Wojnarowski of The Vertical reports (via Twitter). Anderson’s pact is for four years and $80MM, the scribe adds.

Houston beat out a number of other suitors for the services of the sweet-shooting stretch four. The Kings and Wizards were among the teams vying to ink the 28-year-old, but the opportunity to play alongside James Harden in Houston, and of course, $80MM, snagged Anderson.