The 2017 NBA draft is about a month and a half away, and once teams make those picks, they’ll have to account for how to fit their newly-drafted rookies into their salary cap for next season. Even before teams officially sign their first-round picks, those players will count against their cap, eating into the cap room available this summer.

Under the previous Collective Bargaining Agreement, cap holds for first-round picks counted for 100% of their rookie scale amount, so teams would often wait a little longer to officially sign their rookies to contracts in order to maximize their available cap room. However, because 120% contracts are the norm, the new CBA increases those cap holds for first-round picks to 120%, slightly reducing teams’ cap flexibility.

Listed below are the rookie scale amounts for 2017 draftees. Rookie scale contracts are guaranteed for the first two years, with team options on the third and fourth years. 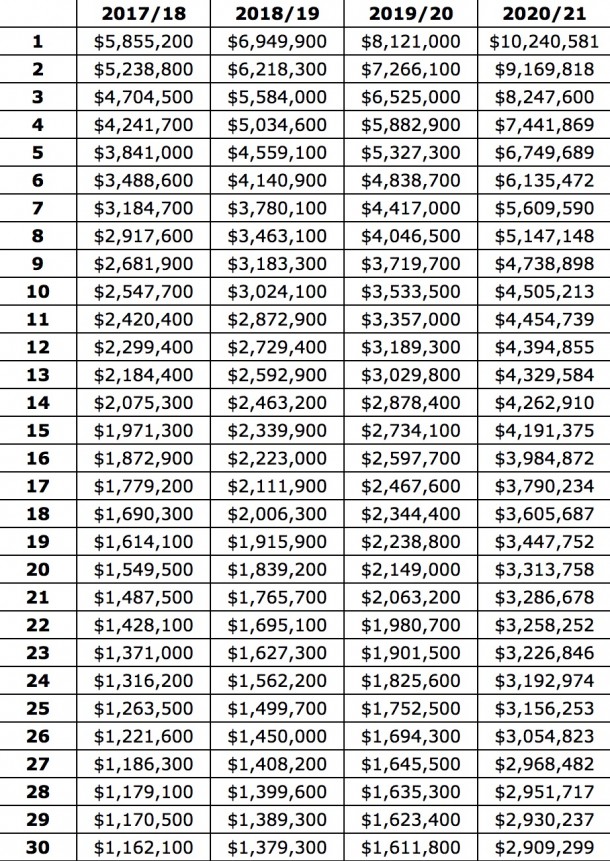 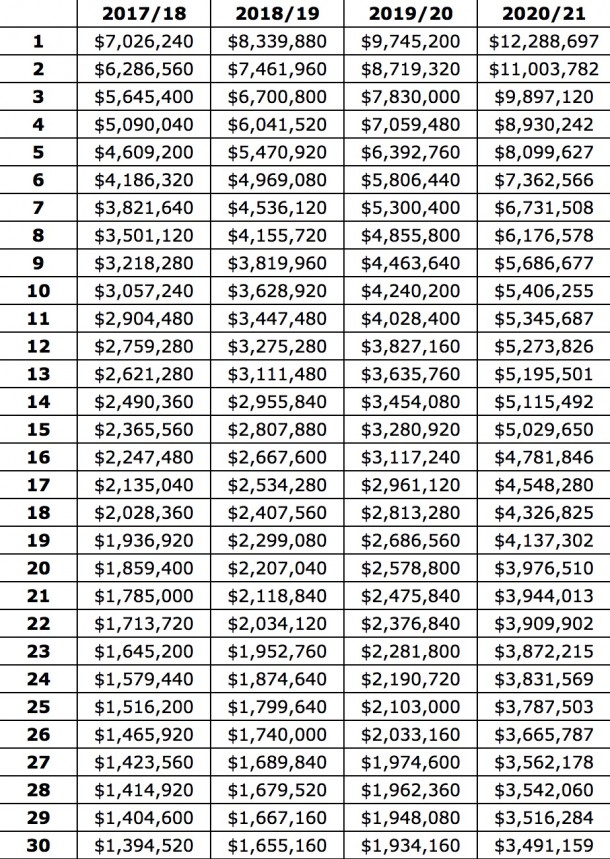 One thought on “Rookie Scale Salaries For 2017 First-Round Picks”