10:50pm: The trade is official, with the Hornets issuing a press release to formally announce it.

“We are excited to add a player of Dwight’s stature to our roster,” Hornets GM Rich Cho said in a statement. “He has been a very talented player, an elite rebounder and rim protector as well as a physical presence since the moment he entered the league. Howard’s best seasons came alongside Coach Steve Clifford and we believe their familiarity will make an immediate impact for the Hornets this upcoming season.”

8:04pm: The Hawks have agreed to a trade that will send Dwight Howard to the Hornets, reports Marc J. Spears of The Undefeated (Twitter link). According to Adrian Wojnarowski of The Vertical (Twitter link), Charlotte will receive Howard and the No. 31 pick in this year’s draft from Atlanta in exchange for Miles Plumlee, Marco Belinelli, and the No. 41 pick. 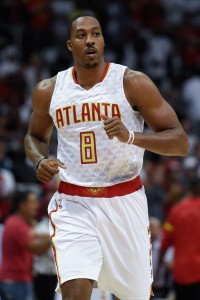 For Howard, who was a perennial All-NBA center earlier in his career, the Hornets will be his fifth team in the last seven years. Having left the Rockets for his hometown Hawks a year ago in free agency, Howard got off to a solid start in Atlanta, but by season’s end, he was frustrated with his diminishing role. For the season, Howard averaged 13.5 PPG and 12.7 RPG in 74 contests (all starts).

Howard’s move to Charlotte will set him up for a reunion with Hornets head coach Steve Clifford. Howard’s most successful and productive NBA seasons came when he was being coached by Clifford — the former assistant coach was on Orlando’s staff from 2007 to 2012, then joined the Lakers during Howard’s lone season in L.A.

Howard is set to earn guaranteed salaries of $23.5MM (2017/18) and $23.82MM (2018/19) over the next two seasons, so once again, the Hornets are showing a willingness to take on significant money. The team did that at the deadline, sending a pair of smaller expiring deals to Milwaukee in exchange for Plumlee.

Now, the Hornets will flip Plumlee and his $12.5MM annual salary, which looks relatively modest compared to Howard’s cap figure. Plumlee’s contract runs through the 2019/20 season, while Belinelli has one year left at $6.61MM. Although Charlotte adds a little money to its books, the team’s flexibility for this summer won’t be affected — the Hornets would have been an over-the-cap team either way.

As for the Hawks, Travis Schlenk‘s first major move as Atlanta’s general manager will see the team swap Howard for Plumlee, move down 10 spots in the second round, and add a three-point sharpshooter in Belinelli. The move will create a small amount of extra spending flexibility for the Hawks this summer, though it remains to be seen whether they’ll make a strong effort to re-sign their own free agents like Paul Millsap and Tim Hardaway Jr., or if they’ll use that room for other moves.