JUNE 28, 1:42pm: Jordan is the Mavericks’ primary target as free agency approaches, reports Tim MacMahon of ESPN.com. According to MacMahon, if a trade agreement can’t be reached and the veteran center declines his option, Dallas plans to pursue him aggressively as a free agent. The interest between Jordan and the Mavs is mutual, sources tell MacMahon. 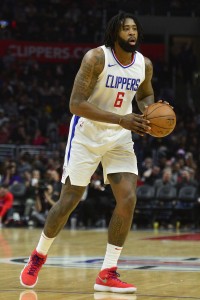 JUNE 27, 9:28pm: The Mavericks are engaged in talks with the Clippers to acquire center DeAndre Jordan this week, sources told Marc Stein of the New York Times.

This is a case of forgive and forget, as Jordan notoriously backed out on a free-agent deal with Dallas during the summer of 2015 to stay in L.A.

Jordan has a Friday night deadline to decide whether to exercise his $24.1MM player option for next season. If he opts in, Dallas can trade for him before free agency begins on Sunday. Swingman Wesley Matthews and his $18.6MM contract would likely be the centerpiece of any offer, according to Stein.

The Clippers have granted permission to Jordan and agent Jeff Schwartz to explore trade scenarios with other teams. It’s a similar scenario to All-Star guard Chris Paul opting in with the team and then getting traded to the Rockets last summer.

Dallas passed on drafting a big man last Thursday and instead made a deal with the Hawks for EuroLeague guard Luka Doncic.