A disabled player exception can be granted when an NBA team has a player go down with an injury deemed to be season-ending. The exception gives the club some additional spending flexibility, functioning almost as a cross between a traded player exception and a mid-level exception.

Because the rules related to disable player exceptions are somewhat restrictive and the exceptions themselves often aren’t worth a lot, they often simply expire without being used (this year’s deadline is March 11). As ESPN’s Bobby Marks recently observed (via Twitter), only about 29% of the teams that have received DPEs over the years have ended up using them.

Still, it’s worth keeping an eye on which disabled player exceptions have been granted, just in case. Here’s a breakdown of the teams with DPEs available for the 2018/19 league year:

Teams that have been granted disabled player exceptions: 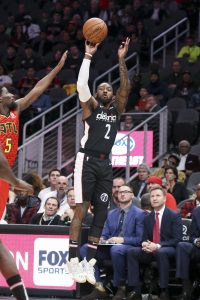 The Mavericks and Grizzlies are probably unlikely to use their disabled player exceptions, as they’re both long shots to make the playoffs — especially Memphis. If they sign a free agent in the coming weeks, it probably won’t be for more than the minimum.

The Suns applied for a disabled player exception for Arthur in the fall, despite the fact that it was unclear what sort of season-ending injury he might have sustained since being acquired three months earlier. Phoenix likely wouldn’t have been granted a DPE anyway, but became ineligible a few days later when they waived Arthur outright.

Indiana had the misfortune of having its star player ruled out for the season after January 15, the deadline to request a disabled player exception. The Pacers have no mid-level, bi-annual, or trade exceptions available, so they’ll have to make do with the minimum salary exception the rest of the way.

We’ll likely add more teams to this list in the coming months as more players go down with season-ending injuries. For now, it’s worth mentioning three other clubs with long-term ailments: The Bulls (Denzel Valentine), Spurs (Dejounte Murray), and Warriors (Damian Jones). None of those teams applied for disabled player exceptions this season, Bobby Marks confirmed to Hoops Rumors.

While the players from that group may all miss the rest of the season, there’s an outside chance that Murray and Jones could return in the spring, which is one reason why those teams might not have sought a disabled player exception. Additionally, no one from that group is earning more than $2.28MM this season, so any DPE would have been extremely limited.