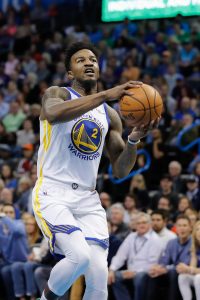 The qualifying offer for a former first-round pick coming off his rookie scale contract is determined by his draft position. The qualifying offer for a first overall pick is 130% of his fourth-year salary, while for a 30th overall pick it’s 150% of his previous salary — QOs for the rest of the first-rounders fall somewhere in between. The full first-round scale for the draft class of 2015, whose first-rounders will be hitting free agency this summer, can be found here, courtesy of RealGM.

During the 2018 offseason, for instance, Rodney Hood signed his qualifying offer after failing to secure a longer-term deal with the Cavaliers. When Cleveland agreed to send him to the Trail Blazers prior to the trade deadline, Hood had to give his consent to be dealt, which he did.

If a player coming off a two-way contract is ineligible to sign another one – either because he has already been on two-way deals with his current team for two seasons or because he has four years of NBA service – his qualifying offer would be a standard, minimum-salary NBA contract. The guarantee on that QO would have to match or exceed what a two-way player would earn in the G League.