Pacers guard Tyreke Evans has been dismissed and disqualified from the NBA for violating the league’s anti-drug program, the NBA announced today in a press release. According to the announcement, Evans will be eligible to apply for reinstatement after two years. 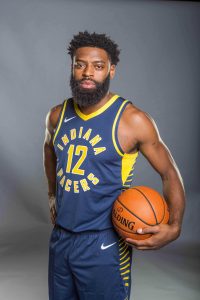 “We take these matters seriously and will reach out to Tyreke to offer our support,” the Pacers said in a statement.

The specific details surrounding Evans’ violation are unclear, but he isn’t the first player to be hit with this type of two-year ban. The league dismissed former top-five pick O.J. Mayo in 2016, with reports suggesting that Mayo’s violation was related to a “drug of abuse” rather than PEDs or marijuana.

Chris Andersen was also banned from the NBA for two years from 2006 to 2008, with his dismissal linked to an alleged “drug of abuse” as well.

Evans, who had been on track for unrestricted free agency this summer, now won’t be eligible to return to the NBA until at least the 2021/22 season.