The Knicks have reached a deal to sign free agent wing Reggie Bullock to a two-year, $21MM contract, reports Shams Charania of The Athletic (via Twitter). 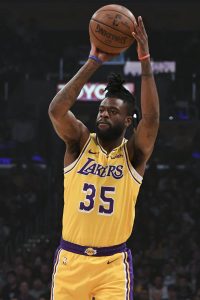 While New York missed out on its top free agent targets, the team has had a busy day, reaching eight-figure, multiyear deals with Julius Randle, Bobby Portis, Taj Gibson, and now Bullock.

A first-round pick in the 2013 draft, Bullock began his career with the Clippers and then the Suns, but didn’t hit his stride until a stint with Detroit that began in 2015.

Like Portis and Gibson, Bullock will receive a two-year deal from the Knicks, while Randle’s third year features a partial guarantee. In other words, it appears New York will move forward with an eye toward regaining its cap flexibility during the summer of 2021. The team still projects to have about $18-20MM in cap room left this year after its reported agreements.