For certain NBA teams, the path to finalizing their regular season roster is obvious. The Mavericks, for instance, are currently carrying 15 players with guaranteed salaries and two on two-way contracts. Barring a major surprise in the next couple weeks, those 17 players will open the regular season under contract with the team, while the remaining three players on non-guaranteed camp deals may end up in the G League with the Texas Legends.

In other NBA cities though, the regular season roster isn’t quite so clear cut. A number of clubs haven’t filled their two-way contract slots and/or don’t have 15 players with guaranteed salaries, leaving the door open for camp invitees to compete for those final roster spots.

We don’t know exactly what all these teams are thinking — some may have already made their decisions, or at least could have a good idea which way they’re leaning. But here are five teams that appear to have roster spots up for grabs and are worth watching during training camp and the preseason: 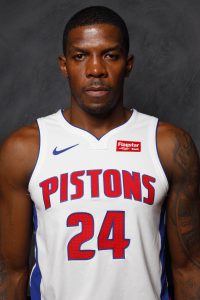