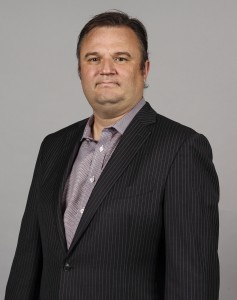 As Wojnarowski explains, Morey approached team owner Tilman Fertitta following the Rockets’ postseason elimination this summer to discuss the idea of leaving his job, despite having signed a five-year extension in 2019. Morey and Fertitta quietly negotiated an agreement to part ways, per Woj.

For the time being, Morey will remain with the franchise in an advisory role, helping the Rockets hire a new head coach to replace Mike D’Antoni. However, he’s only expected to remain in that role for a short period, according to Wojnarowski.

While Morey isn’t ruling out taking another job in a team’s front office at some point, it doesn’t sound like he’ll be looking for such an opportunity right away. Wojnarowski says the veteran NBA executive wants to spend some time with his family and explore what else might interest him professionally.

Morey has served as the general manager in Houston since all the way back in 2007, when Rick Adelman was coaching a roster headlined by Yao Ming and Tracy McGrady. During his 13-year tenure, Morey oversaw 10 playoff berths and a pair of appearances in the Western Conference Finals in 2015 and 2018. The Rockets had the league’s second-best regular season record during those 13 years, according to ESPN.

Although Morey’s teams were never able to get over the hump and win a championship, he made some of the most memorable roster moves and personnel decisions of the last decade, including his trade for James Harden and his pivot to a three-pointer-heavy style of small-ball (and, in 2019/20, to “micro-ball”).

Morey came under fire last fall when he published a tweet in support of protestors in Hong Kong. He quickly deleted the tweet, but it generated major tension between the NBA and China, one of the league’s largest markets. A number of Chinese partners and advertisers severed ties with the NBA on a temporary or permanent basis, costing the league hundreds of millions of dollars in revenue.

China’s push for the NBA to discipline Morey and/or the Rockets to fire him led to leaguewide speculation about his job security over the last year. However, the league and the team never took action, with Fertitta insisting that he was standing by his GM.

Morey’s decision to step down was “100 percent” his own, according to Jonathan Feigen of The Houston Chronicle (Twitter link).

With Morey out of the picture, it will be fascinating to see what direction the Rockets’ offseason takes under Stone. Harden and Russell Westbrook remain under contract for the next three seasons, so there’s no need for the club to make major changes or overhaul its roster yet, but the new decision-makers likely won’t be satisfied to simply run it back with the same group in 2020/21.

45 thoughts on “Daryl Morey Stepping Down As Rockets GM”