In a pair of previous articles, we took a closer look at the trade restrictions placed on two groups of players who signed free agent contracts this past offseason. The smaller of the two groups featured players who can’t be traded by their current teams until January 15, having re-signed on contracts that met a set of specific criteria. The other offseason signees we examined aren’t eligible to be traded until December 15.

Listed below are the players affected by these trade restrictions. This list, which we’ll continue to update throughout the season as needed, can be found on our desktop sidebar under “Hoops Rumors Features,” or in our mobile menu under “Features.”

Because the NBA’s 2021 offseason calendar was shortened by a month, these trade eligibility rules were adjusted slightly, but the three-month restriction still applies to players who signed their contracts on September 27 or later. Players who signed before that may become trade-eligible slightly before the three-month anniversary of their signing. 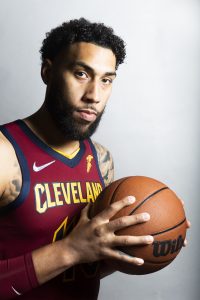 Players who sign free agent contracts or have their two-way deals converted to standard contracts after November 10 this season won’t become trade-eligible prior to the 2022 trade deadline (February 10). That list includes the following players, sorted chronologically by when they signed:

In a normal league year, a player who signs a veteran contract extension can’t be dealt for six months if his new deal increases his salary by more than 5% and/or puts him under contract for more than three total years (including his current contract). An extension that meets either of those criteria would exceed the NBA’s extend-and-trade limits.

That six-month window has been reduced slightly for pre-training-camp extensions this season. However, many of the veteran players who have signed extensions exceeding the extend-and-trade limits in 2021/22 still won’t be eligible to be moved before this year’s deadline. 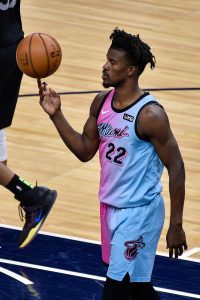 Ineligible to be traded before this season’s February 10 deadline:

For instance, having acquired Juan Hernangomez from Memphis on September 15, the Celtics could turn around and trade Hernangomez and his $6.9MM salary right away for another player earning about the same amount. But if Boston wanted to package Hernangomez and, say, Al Horford ($27MM) in a deal for a big-money player, the team would have to wait for a little while longer to do so.

Typically, a player who has been dealt can’t have his salary aggregated in a second trade for two months, but that window was shortened for pre-camp trades this year to account for the compressed offseason calendar.

There are only a few trades that currently fall within the aggregation restriction window, and most of them involved players who have been since been waived. However, we’ll update this list in the coming weeks and months to account for in-season trades.

Any player who is traded after December 10 (without being acquired via cap room) won’t be eligible to be flipped before the trade deadline in a second deal that aggregates his salary with another player’s.

One thought on “Special Trade Eligibility Dates For 2021/22”