Sixers wing Danny Green has been diagnosed with a torn left ACL, according to Shams Charania of The Athletic (Twitter link). The team has confirmed Charania’s report, adding that Green also sustained a torn LCL in his left knee. 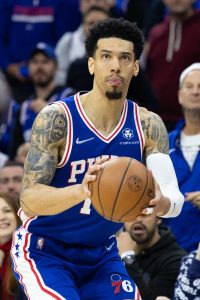 Green injured his knee during Philadelphia’s season-ending Game 6 loss to Miami on Thursday night and there was said to be “significant concern” that the injury was a major one. He underwent an MRI to determine the extent of the damage.

Speaking this afternoon to reporters, including Keith Pompey of The Philadelphia Inquirer, Green acknowledged he expected there to be ligament damage but expressed optimism that the major ligaments in his knee would be intact. Unfortunately, it seems that’s not the case.

An ACL tear typically sidelines an NBA player for the better part of a calendar year, if not longer, so Green’s availability for the 2022/23 season is presumably in jeopardy.

To make matters worse, the veteran swingman will turn 35 years old next month — rehabbing such an injury and getting back to full health and effectiveness at his age could be a far greater challenge than it would be for a player 10 or 15 years younger.

Green signed a two-year, $20MM contract with Philadelphia last offseason, but only the first year was guaranteed. He now appears almost certain to be waived this summer, allowing the 76ers to clear his $10MM salary from their ’22/23 cap.