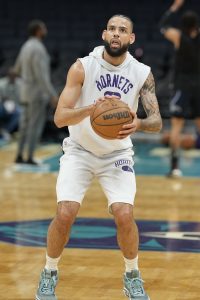 The precise value of Gill’s qualifying offer will depend on where exactly the ’21/22 salary cap ends up, since minimum salaries increase or decrease at the same rate as the cap, but it’s a safe bet his QO will be worth his minimum salary plus $200K.

For a player earning the minimum or something close to it, it’s not always immediately apparent which formula will render the higher qualifying offer. However, it’s more obvious for players earning well above the minimum, such as Nuggets guard Facundo Campazzo. He’ll be eligible for restricted free agency this offseason after earning $3.2MM in 2021/22, and his qualifying offer will be worth 125% of his previous salary: $4MM.

The qualifying offer for a former first-round pick coming off his rookie scale contract is determined by his draft position. The qualifying offer for a first overall pick is 130% of his fourth-year salary, while for a 30th overall pick it’s 150% of his previous salary — QOs for the rest of the first-rounders fall somewhere in between. The full first-round scale for the draft class of 2018, whose first-rounders will be hitting free agency this summer, can be found here, courtesy of RealGM. 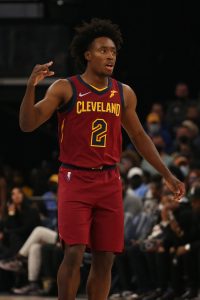 Cavaliers guard Collin Sexton is one example of a player who falls into the first group, since he didn’t meet the starter criteria this year. The No. 8 overall pick in 2018, Sexton will be eligible this offseason for a QO worth $7,228,448 instead of $8,559,357.

[RELATED: Potential 2022 RFAs Whose Qualifying Offers Will Be Impacted By Starter Criteria]

A player can also accept his qualifying offer, if he so chooses. He then plays the following season on a one-year contract worth the amount of the QO, and becomes an unrestricted free agent at season’s end, assuming he has at least four years of NBA experience. A player can go this route if he wants to hit unrestricted free agency as early as possible, or if he feels like the QO is the best offer he’ll receive. Accepting the qualifying offer also gives a player the right to veto trades for the season.

A player who is coming off a two-year, two-way deal, has already been on two-way deals with his current team for at least two seasons, or has accumulated four years of NBA service would be eligible for a qualifying offer equivalent to a standard, minimum-salary NBA contract. The guarantee on that QO would have to match or exceed a two-way salary.

Note: This is a Hoops Rumors Glossary entry. Our glossary posts will explain specific rules relating to trades, free agency, or other aspects of the NBA’s Collective Bargaining Agreement. Larry Coon’s Salary Cap FAQ and salary information from Basketball Insiders was used in the creation of this post. Earlier versions of this post were published in previous years.