The Beat: Chris Haynes On The Cavs 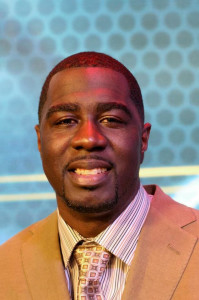 We at Hoops Rumors will be chatting with beat writers from around the league and sharing their responses to give you a better perspective on how and why teams make some of their most significant moves. Last time, we spoke with Paul Coro of the Arizona Republic about the Suns. Click here to see all of the previous editions of this series.

Today, we gain insight on the Cavaliers from Chris Haynes of the Northeast Ohio Media Group and the Cleveland Plain Dealer. You can follow Chris on Twitter at @ChrisBHaynes, and click here to check out his stories on Cleveland.com.

Chris Haynes: I’m not really sure what the outcome will be, but all I know is Rich Paul is asking for five years and $94MM and the Cavaliers are $14MM short of that figure. That’s Randy Moss-type separation. There’s limited to zero communication because of that tremendous gap. If Tristan takes the qualifying offer, according to Paul, his client is gone after the 2015/16 season. And if he takes a hike, the Cavaliers won’t have the resources to replace him. The Cavaliers believe they’ve presented a more-than-generous offer for a player who figures to be a backup for them. I suspect a long-term deal is reached closer to camp. Paul has shown he’s more than willing to play the waiting game.

Hoops Rumors: How much longer do you think LeBron James will carry on merely with year-to-year commitments to the Cavs before he finally signs another long-term deal?

Chris Haynes: LeBron is the only player capable of continuing the year-to-year deals due to his durability and lucrative off-the-court ventures. Flexibility is extremely important to him. The structure of his deal ensures the Cavaliers continue to place quality players around him to compete for championships year after year. He could go the long-term route next summer, but he’ll likely shoot for the summer of 2017 when the cap rises to well over $100MM. Again, no other player can go down this path.

Hoops Rumors: Do you think it’s more likely that the Cavs wait until next summer to use the $10,522,500 Brendan Haywood trade exception, when they might not be facing such a steep tax bill? Or do you think the Cavs feel a need to add as much talent as possible for this season and use the exception before the trade deadline in February?

Chris Haynes: It all depends on how they start the season. If they come out sputtering, regardless of tax implications, that exception will be shopped like crazy. There’s too much at stake. They can’t afford to be too patient with this roster. See answer to question No. 2 for one of the reasons. Ideally, the Cavaliers would love to just cruise through the regular season successfully and use that exception for the offseason. That Haywood chip is truly valuable, but it’s being viewed as merely an excellent insurance policy should things go south.

Hoops Rumors: You reported that Kyrie Irving will likely miss the start of the season, and that the distinct possibility exists that he’ll be out until January. Do you think the Cavs will make a move to bring in another point guard, or are they comfortable with the options they have?

Chris Haynes: I believe they’re just fine with who they have at the moment. The addition of Mo Williams was huge and Matthew Dellavedova is right back in his backup role. And now roster hopefuls in Jared Cunningham and undrafted rookie Quinn Cook have a shot to make the opening day roster as the team’s third point guard. To my knowledge the Cavaliers will work with what they have, believing they have enough to withstand Irving’s early absence.

Hoops Rumors: David Blatt had quite an introduction to the NBA last season. What do you think was the most significant lesson he learned over the course of the year?

Chris Haynes: Managing minutes. He admitted that he never had to focus on minute distribution too much overseas because those teams only played twice a week and three at the most. He improved in that area late in the season, but by then, it took its toll on the players. With a season under his belt, a revamped roster and an understanding of the regular season grind, I expect Blatt to be more cautious with his minute tally on his big guns.

Hoops Rumors: The same question probably applies to David Griffin, too, since he’s coming off his first full season as an NBA GM. What do you think was the most important lesson he gathered from that experience?

Chris Haynes: Probably patience. Not to say he had trouble with it, but when you start off a season struggling and LeBron James is on the roster, panic can set in and cause you to pursue changes prematurely. It seemed like everything went wrong the first couple of months and it was well-documented by several media outlets. His patience was tested as teams called to discuss numerous trade proposals, sensing the Cavaliers were in a vulnerable state. He listened, but ultimately stood pat until pulling off the blockbuster trades that acquired J.R. Smith, Iman Shumpert and Timofey Mozgov in January. Griff learned on the fly of what it’s like to be the general manager of a LeBron James-team. It has its rewards, but it’s far from easy. It takes patience and he proved he has that.

3 thoughts on “The Beat: Chris Haynes On The Cavs”