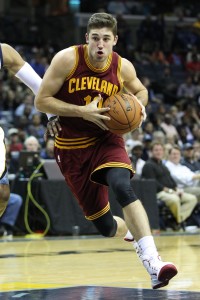 The Cavaliers have traded Joe Harris to the Magic along with a protected 2017 pick for a future protected 2020 pick, as Dave McMenamin of ESPN.com reports (Twitter link) and the Cavs and Magic officially announce. The picks going both ways are second-rounders, and the Cavs are also sending cash to Orlando, according to Chris Haynes of the Northeast Ohio Media Group and the Cleveland Plain Dealer (on Twitter). That cash comes to about $1MM, tweets Brian Windhorst of ESPN.com. The 2017 pick headed to Orlando is Sacramento’s, which Cleveland acquired in a previous trade, while the 2020 pick going to Cleveland is Portland’s, which Orlando had from a prior deal. Both picks are top-55 protected, reports Josh Robbins of the Orlando Sentinel (Twitter link).

Harris is likely out six to eight weeks after undergoing right foot surgery, Haynes reports (Twitter link), so it would appear the cash is the main asset going to the Magic, who will release Harris, according to Robbins. The $845,059 salary Harris is making was set to cost the Cavs four times as much in luxury tax payments, so even though Cleveland is sending out cash in the trade, the deal is liable to have saved owner Dan Gilbert between $3MM and $4MM.

The Cavs made Harris available in trade talk last month, as Jason Lloyd of the Akron Beacon Journal reported, hoping to land a second-rounder with greater value than one that’s top-55 protected and, most of all, save money against a gargantuan tax bill that’s poised to push Cleveland’s total outlay past the $170MM mark. The injury to Harris made the effort more difficult. The Cavs didn’t end up netting a pick without heavy protection, but they were at least able to find a taker for Harris, as Orlando used its empty roster spot to accommodate the swingman. A desire to keep Jared Cunningham past the date that his contract would become guaranteed also drove Cleveland to put Harris on the block, according to Lloyd, though the Cavs kept Cunningham past last week’s guarantee date anyway, perhaps confident they could make the trade they’ve just pulled off.

The deal gives the Cavs an open roster spot, an asset they’d aimed for with the idea of having the flexibility to add a player in the buyout market after the February 18th trade deadline, as Lloyd wrote. Harris, whom the Cavs drafted 33rd overall in 2014, wasn’t contributing much at the NBA level for Cleveland this season. He appeared in twice as many D-League games as he did NBA games.

The deal allows Cleveland to create a trade exception equivalent to Harris’ $845,059 salary. The Magic likely used the $1,599,619 trade exception they have from offloading Maurice Harkless to the Trail Blazers this past summer, posits Eric Pincus of Basketball Insiders (Twitter link). Orlando had little choice other than to use the exception, since Harris is on a three-year contract and the minimum-salary exception can only accommodate two-year deals, as I explained last month using Harris as an example. The Magic are just barely over the cap, so they could have opened cap room if they renounced the trade exception, a move that would have allowed them to absorb Harris into that cap space. Doing so would have wiped out the entire trade exception, however. Using the trade exception to absorb Harris would preserve a $754,560 sliver of it that could prove useful if the Magic want to trade for a player who’s making the rookie minimum salary on a contract that runs more than two seasons.

Which team do you think makes out better in the deal? Leave a comment to share your thoughts.

One thought on “Cavs Trade Joe Harris To Magic”