The Beat: Jon Krawczynski On The Timberwolves 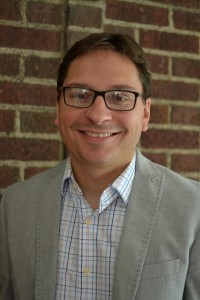 We at Hoops Rumors will be chatting with beat writers from around the league and sharing their responses to give you a better perspective on how and why teams make some of their most significant moves. Last time, we spoke with James Ham of CSN California and CSNBayArea.com about the Kings. Click here to see all the previous editions of this series.

Today, we gain insight on the Timberwolves from Jon Krawczynski of The Associated Press. You can follow Jon on Twitter at @APkrawczynski, and check out his stories here.

Hoops Rumors: You reported Kevin Martin‘s availability on the trade market about a month ago. Do you have a sense for how motivated the Timberwolves are to get a deal done?

Jon Krawczynski: The Wolves are definitely motivated to move Martin. They want to open up more playing time for Zach LaVine and Shabazz Muhammad and Martin clearly would prefer to be on a team that is more competitive at this stage in his career, and one that has an offense that better suits his skill set. So far, the Wolves have not found a willing trade partner. One of the road blocks is that Martin has a player option on his contract next year. The Wolves have been told by several teams that they would like assurances from Martin that he will waive that option and become a free agent next summer. Corey Brewer made that gesture last year before he was traded to the Rockets, I believe. So far, Martin has not been willing to make that declarative statement, and understandably so. He’s struggled offensively this year so I think he wants to see if he can turn things around and increase his value before giving up a $7MM payday next year.

Hoops Rumors: The Wolves have fallen off sharply since their 8-8 start. Are they surprised they haven’t won a few more games, or was this strictly a developmental year all along?

Jon Krawczynski: This was a developmental year all along. No one in the organization — other than the players — entered the season believing the playoffs were a realistic goal for this season with this much youth. That said, they did show great flashes early in the season of being competitive, and the muddled state of the West from seeds 5-12 or so makes that 8 seed look more attainable to more teams than it has in years. That’s what has made this latest miserable stretch — a league-worst 5-23 since that 8-8 start — doubly frustrating for them. They knew they would go through their struggles. They knew young guys like Karl-Anthony Towns, Andrew Wiggins, LaVine and Muhammad would hit bumps in the road along the way. But when you look at several of their losses — at Philly, home to Denver twice, home to Milwaukee, home to Portland twice, at New Orleans the other night — there are some glaring bad games. They have lost five games this year when leading by at least 17 points. A lot of that is youth. But youth can’t explain away all of their struggles. They have talent. Does the franchise believe it should they be 22-22 and in the thick of the race? Probably not. Should they be 13-31 with some of those bad losses? No.

Hoops Rumors: Is owner Glen Taylor committed to GM Milt Newton as the head of basketball operations for the long term, or do you think Newton is under pressure this season to make personnel moves that show he can handle the front office?

Jon Krawczynski: Taylor told Newton and Sam Mitchell at the beginning of the season that he would give both of them the year in these roles and then re-evaluate it at the end of the season. He wants to see how they both respond to the increased responsibility and the moves they make. Newton did play a major role in shaping the vision of the franchise, assembling the roster and evaluating talent while Flip Saunders was still around. So he’s done a lot of the work already. Now it’s his show. And it’s up to him to show Taylor, and the new minority ownership group that is negotiating to buy 30% of the team, that he is the right man for the job going forward for the foreseeable future. That he’s already had a hand in assembling a lot of the young talent on the roster will certainly work in his favor.

Hoops Rumors: Ricky Rubio has stayed healthy and his shooting numbers are up somewhat from last year’s abbreviated season, but what he is and what he isn’t seem pretty apparent at this point. Is what he is enough for the Timberwolves?

Jon Krawczynski: I’m a believer in Rubio. Is he the Russell Westbrook/Chris Paul who is capable of carrying an offense on his back? No. But I think if he is surrounded by athletes and shooters who can spread the floor and give him room to operate in the pick-and-roll, you can win a lot of games with him. He’s an elite passer, a very good defender and coming into Wednesday, he’d shot 42% from 3 over the previous 22 games, so he is showing that he can knock down open catch-and-shoot opportunities. Where he has to improve is scoring at the rim (44% this year), becoming more consistent midrange and shooting off the dribble. If you surround him with shooters and guys who can get out and run, he can absolutely be the answer, in my opinion. On a team with Wiggins, Towns, Muhammad and LaVine, all players who want to get their own shots, having a pass-first point guard is a good thing.

Hoops Rumors: The team is no doubt planning for Andrew Wiggins and Karl-Anthony Towns to co-exist for many years to come, so how effective have they been at building on-court chemistry with each other?

Jon Krawczynski: They seem to complement each other well. Wiggins is very quiet, not one to seek out the spotlight. Towns seems more comfortable in front of the cameras and acting as more of a spokesman and they appear to get along well. On the court, they are both dynamic in different ways. Wiggins right now prefers to attack the rim and elevate over defenders, though I think his game will evolve from there. Towns has shown a little more finesse and versatility early, being able to go inside and out. Going forward as they both grow their games the sky is the limit for these two.

Hoops Rumors: Has the idea that Saunders had to sign a veteran mentor for each position group — Kevin Garnett for the bigs, Tayshaun Prince for the wings, Andre Miller for the point guards — been a significant help to the team

Jon Krawczynski: I think they have been. Let’s face it, the group as a whole is struggling right now. It’s been a long stretch of futility. I think KG, Prince and Miller have helped the kids keep their eyes focused forward and on the big picture. Most of these young guys are not used to losing as much as they have here. It can be very difficult to deal with. But I think the older guys have made sure that these hard lessons aren’t going in one ear and out other. The plan was viewed with skepticism by some league observers, but I think Flip and Milt had the right idea by doing it and providing some insulation for the young guys. Hard to put a price tag on that.