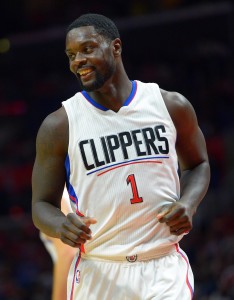 Stephenson, 25, has largely disappointed this season and is averaging only 4.7 points, 2.5 rebounds and 1.4 rebounds per game, the second straight season of declines for a once-promising up-and-comer. Memphis is his third team since he left the Pacers to sign with the Hornets in the summer of 2014, though Grizzlies players reportedly told management they want him to stay.

The Clippers appeared to quickly turn away from Stephenson after acquiring him from Charlotte this past summer, though coach/executive Doc Rivers vehemently denied a report that the team gauged interest in him as early as November. Stephenson was reportedly part of a proposal involving Channing Frye that the Clippers ultimately backed away from. The mercurial guard is making $9MM this year with a team option for $9.405MM next season.

In acquiring Green, who is on an expiring contract, the Clippers have a decent placeholder until Blake Griffin returns from his broken hand. Green has a $9.45MM salary for this season, so Memphis gets to create a tiny $450K trade exception for the difference between his salary and Stephenson’s. Conversely, the Clippers add an extra $787,500 to their projected tax bill.

Green was averaging 12.2 points and 4.5 rebounds, and that scoring average is the second-lowest of his career. The former fifth overall pick didn’t become the solution on the wing that the Grizzlies surely hoped he’d be when they traded with Boston to acquire him last year. The latest deal involving Green reunites him with Rivers, his former Celtics coach.

This would seem like a balanced exchange if not for the pick headed to the Grizzlies. However, the Clippers are obliged to send another lottery protected first-round pick to the Raptors because of a previous trade, and the earliest the Grizzlies can see the pick the Clippers owe them is two years after the Clips convey the pick they owe the Raptors, as Chris Herrington of The Commercial Appeal explains. Toronto could get its Clippers pick as late as 2019, a scenario that would mean the Grizzlies only get a second-rounder.

Will Joseph contributed to this post. Dan Woike of The Orange County Register broke the news that Stephenson had been traded to the Grizzlies, while Zach Lowe of ESPN.com had Green going to the Clippers. Marc Stein of ESPN.com reported the involvement of the first-round pick, while USA Today’s Sam Amick reported it was lottery protected (Twitter link) and TNT’s David Aldridge pegged it as a 2019 first-rounder (Twitter link).