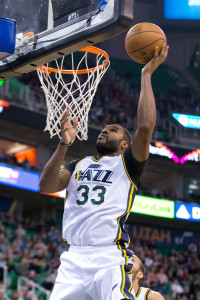 JULY 8th, 4:27pm: The signing is official, the team announced via press release.

JULY 2nd, 3:01pm: The Nets and unrestricted free agent Trevor Booker have reached an agreement on a contract, Tony Jones of the Salt Lake Tribune reports (via Twitter). The length and terms of the arrangement are not yet known. Brooklyn apparently pivoted to Booker when negotiations with Marvin Williams fell through, with Williams looking more and more like he will be making his return to the Hornets next season, according to Adrian Wojnarowski of The Vertical (Twitter link).