JULY 13: Nearly two weeks after agreeing to sign him, the Sixers have made their deal with Bayless official, confirming it today in a press release. 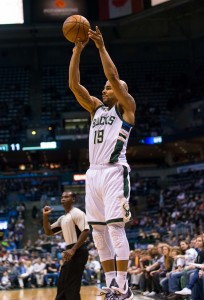 JULY 1: The Sixers have reached an agreement on a multiyear deal with unrestricted free agent Jerryd Bayless, Jon Krawczynski of The Associated Press reports (Twitter links). The guard will receive a three-year deal worth $27MM, the scribe adds. All three seasons of the pact are fully guaranteed.

The addition of Bayless is a solid one for the Sixers, who desperately need backcourt depth and outside shooting. Philly was reportedly seeking to add veterans to its roster this offseason, and with Bayless set to be in the fold, are off to a solid start in that department.