SEPTEMBER 26: The Suns have officially signed Warren to a rookie scale extension, the team announced today in a press release. 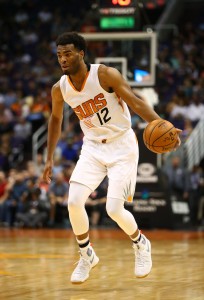 “We are excited about extending T.J.’s contract,” Suns GM Ryan McDonough said in a statement. “T.J. has improved every year and we think he has the potential to continue to grow as he just begins to approach his prime. We view T.J. as an important part of our young core going forward and we are glad that we were able to reach an agreement on this extension.”

SEPTEMBER 25: The Suns and forward T.J. Warren have come to terms on a four-year, $50MM extension, Adrian Wojnarowski of ESPN tweets.

Warren will make $3.15MM this season and was eligible to become a restricted free agent next summer. The deadline for the extension was October 16.

Phoenix can afford to extend a young player on the rise, as it has just $62.7MM on guaranteed commitments for the 2018/19 season, not including Warren’s new deal.

The Suns only lose $2MM on cap space because Warren had a $9.5MM free agent cap hold next offseason, Bobby Marks of ESPN notes.

With Warren in the fold, the Suns should have a stable roster in the next couple of years. The only significant player headed to unrestricted free agency next summer is center Alex Len, who recently signed his qualifying offer.