Hoops Rumors is breaking down the 2017 offseason for all 30 NBA teams, revisiting the summer’s free agent signings, trades, draft picks, departures, and more. We’ll evaluate each team’s moves from the last several months and look ahead to what the 2017/18 season holds for all 30 franchises. Today, we’re focusing on the Sacramento Kings. 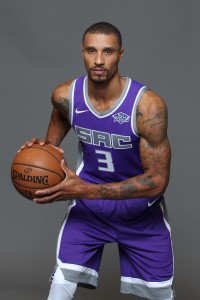 Check out the Sacramento Kings’ full roster and depth chart at RosterResource.com.

The Kings have traditionally done things in an unconventional fashion. This offseason was no different, as they lavished free agent contracts on some big-name veterans, including two in the twilight of their careers.

Signing George Hill, Zach Randolph and Vince Carter doesn’t make much sense on the surface. None of those players will be on the roster by the time the Kings become a playoff contender. It’s also a head-scratcher for those players to choose a floundering franchise that traded away its best player, DeMarcus Cousins, last February in a heavily-criticized deal.

The Sacramento brass had a ulterior motive for bringing in the trio. The team decided that the youngsters dotting the remainder of the roster needed proven winners to facilitate the mentoring process.

Hill, who got a front-loaded deal with $39MM in guarantees the first two seasons, will guide lottery pick De’Aaron Fox through the process of becoming a dependable NBA floor leader. Randolph will provide low-post tips to second-year man Skal Labissiere and third-year center Willie Cauley-Stein. Carter will show rookie Justin Jackson and second-year guard Buddy Hield the ropes on how to become top-notch wing players.

The results of those signings won’t be based upon how many games the Kings win this season, but rather how quickly their younger players develop.

The Kings did a lot of roster churning to open up spots for all veterans and rookies they brought in. The biggest name they let go — to no one’s surprise — was Rudy Gay. Sacramento tried to move Gay before he hit the free agent market but a season-ending Achilles injury scuttled those efforts.

The Kings also had no interest in bringing back their unimposing point guard duo of Darren Collison and Ty Lawson. Ditto for shooting guard Ben McLemore, who was a major disappointment in his first four seasons after Sacramento used the No. 7 overall pick on him in 2013.

Tyreke Evans and Langston Galloway were throw-ins to make the Cousins trade to the Pelicans possible, but the Kings never had any plans to keep them long-term. 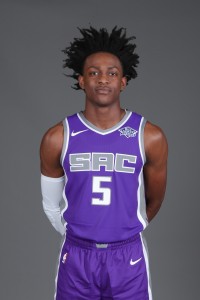 Fox was the “other” big-time point guard in the draft behind top pick Markelle Fultz and No. 2 selection Lonzo Ball. The one-and-done youngster from Kentucky will allow the Kings to play faster because of his outstanding quickness and ability to push the ball.

Jackson, the leading scorer for national champion North Carolina, could jump right into the starting lineup. With three years under his belt at one of the country’s elite programs, he’s much more polished than most first-round picks.

The addition of Bogdan Bogdanovic was an under-the-radar move. Hield was the centerpiece of the Cousins deal for the Kings but Bogdanovic could supplant him from the starting lineup. The 2014 draft-and-stash prospect was the MVP of the Turkish league last season and led the Serbian national team to a silver medal in the EuroBasket tournament.

The Kings boast one of the more unusual rosters in the league — it’s top-heavy with unproven players, but has a few aging veterans sprinkled into the mix. Coach Dave Joerger has the challenge of trying to fit those pieces together.

Ownership made long-term commitments to both Joerger and GM Vlade Divac in an effort to provide some continuity to the rebuilding process. The free-agent additions signal that the Kings truly want to win as many games as possible this season. But playing in the loaded Western Conference without any All-Stars on the roster, a postseason appearance is a pipe dream. The best that the Kings can hope for is that Fox and Jackson flash All-Star potential and Hield emerges as a consistent 20-points per game scorer.