The Bird exception is for players who have spent three seasons with one club without changing teams as a free agent, but Early Bird rights are earned after just two such seasons. Virtually all of the same rules that apply to Bird rights apply to Early Bird rights, with the requirements condensed to two years rather than three. Players still see their Bird clocks restart by changing teams via free agency, being claimed in an expansion draft, or having their rights renounced.

The crucial difference between Bird rights and Early Bird rights involves the limitations on contract offers. Bird players can receive maximum-salary deals for up to five years, while the most a team can offer an Early Bird free agent without using cap space is 175% of his previous salary or 105% of the league-average salary in the previous season, whichever is greater. These offers are also capped at four years rather than five, and the new contracts must run for at least two years (with no second-year options). 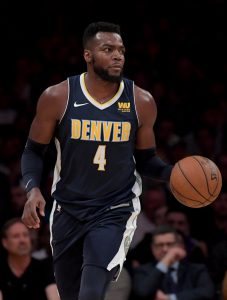 In Millsap’s case, the Nuggets would theoretically be able to offer 175% of his current $29MM+ salary using Early Bird rights, but the team’s offer couldn’t exceed the maximum salary. Millsap’s max salary projects to be just over $38MM, comfortably within the Early Bird limit. However, he would only be able to sign a four-year contract rather than a five-year deal, since he won’t have full Bird rights. Of course, Millsap’s next contract will likely be far more modest, so these numbers are just hypothetical.

That could help the Pacers, since the cap hold for Bogdanovic, who is earning $10.5MM this season, will only be $13.65MM — given how well he has played since Victor Oladipo went down, he may be in line for a starting salary higher than that. If the Pacers reach an agreement to re-sign Bogdanovic in July, they could hold off on making it official, keeping his cap hold on the books until they use the rest of their cap room. Then they could go over the cap to finalize Bogdanovic’s deal using the Early Bird exception.