In an unsurprising move, Dwight Howard has picked up his 2019/20 player option, opting in for next season, reports ESPN’s Zach Lowe (via Twitter). The decision ensures that the Wizards center locks in his $5,603,850 salary for ’19/20. 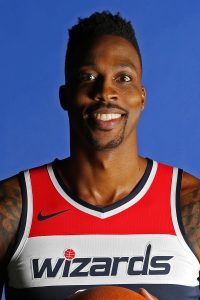 Howard, 33, signed a two-year deal with the Wizards last summer after spending his previous three seasons with three different teams in Houston, Atlanta, and Charlotte. Having used the full taxpayer mid-level exception to sign him, Washington viewed Howard as its major offseason addition, but the big man’s stint in D.C. hasn’t gone as planned.

Sidelined by spinal surgery for most of the 2018/19 season, Howard also injured his hamstring during his rehab and was ultimately limited to just nine games. He was reasonably effective when he saw the court, averaging 12.8 PPG and 9.2 RPG in 25.6 minutes per contest as the Wizards’ starting center, but the question marks surrounding his health ensured that he wouldn’t land a contract on the open market this offseason worth more than his $5.6MM option.

With Howard back in the fold, the Wizards are now on the hook for approximately $89.5MM in guaranteed salaries for 2019/20, per Basketball Insiders. That doesn’t include potential contracts for free agents like Tomas Satoransky, Bobby Portis, Trevor Ariza, Thomas Bryant, or Jeff Green. It also doesn’t account for Jabari Parker‘s $20MM team option, though that’s a lock to be declined.

Portis and Bryant are both eligible for restricted free agency this summer, so it will be interesting to see how the Wizards handle their situations, given the team’s limited financial flexibility and the fact that veteran centers Howard and Ian Mahinmi are entering contract years.

Howard is the sixth player so far to exercise a 2019/20 player option or confirm that he plans to do so. The full list can be found right here.