After narrowly missing the playoffs in 2018, the Nuggets expressed confidence in their core by bringing back virtually the same group, and that bet paid off to the tune of 54 regular-season victories, the No. 2 seed in the West, and the club’s first playoff series win since 2009. The Nuggets will count on continued improvement from some of their young players going forward, but the team may also have a little flexibility to add more reinforcements.

Here’s where things currently stand for the Nuggets financially, as we continue our Offseason Salary Cap Digest series for 2019: 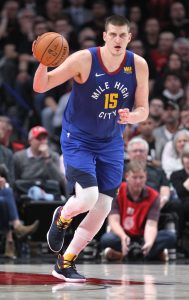 Salary information from Basketball Insiders, ESPN.com, and RealGM was used in the creation of this post. Photo courtesy of USA Today Sports Images.