JULY 6: The Bulls have officially signed Young, the team announced in a press release.

JUNE 30: Free agent forward Thaddeus Young has agreed to join the Bulls on a three-year, $41MM deal, according to Chris Haynes of Yahoo Sports (Twitter link). 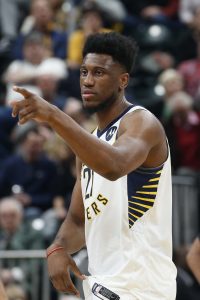 However, with the Pacers apparently committed to playing Myles Turner and Domantas Sabonis alongside one another up front, and with T.J. Warren joining the power forward mix as well, Young was the odd man out.

Having committed a chunk of their cap room to Young, the Bulls should still have about $10MM available to spend. The team is rumored to be in the market for a veteran point guard.