JULY 6: The Trail Blazers have officially signed Lillard to his super-max extension, the team announced today in a press release. 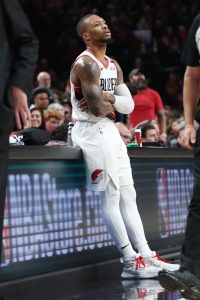 “Since the day we drafted Damian he has exemplified every quality an organization could hope for in a franchise player,” Olshey said in a statement. “His perpetual leadership, willingness to embrace responsibility for outcome on the floor and ability to set a cultural standard illustrates what it means to be a Portland Trail Blazer and makes us ecstatic he has chosen to extend his contract at the first opportunity.”

JUNE 30: The Trail Blazers and franchise point guard Damian Lillard are working toward an agreement on a four-year, $196MM super-max contract extension, per Shams Charania of The Athletic and Stadium. Brian Windhorst of ESPN is reporting that the two sides have agreed on a deal, with Lillard also set to receive a player option for the 2024/25 season.

Chris Haynes of Yahoo Sports first indicated back in May that Portland and it’s star guard were working toward an extension. As we wrote then, Lillard’s four-year extension would cover his age 31-to-34 seasons, with the 29-year-old All-Star poised to make nearly $55MM at age 34.