JULY 12: The Clippers have officially re-signed Beverley, the team announced today in a press release. While agreeing to terms with Beverley was one of the club’s first moves of free agency last week, it was far from the last — L.A. has since acquired Leonard and Paul George while also reaching new deals with Ivica Zubac, Rodney McGruder, and JaMychal Green. 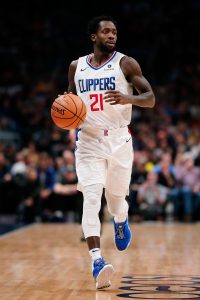 JULY 1: Patrick Beverley will remain with the Clippers on a three-year, $40MM deal, tweets ESPN’s Adrian Wojnarowski. It’s the exact contract that Beverley was rumored to be seeking in a report earlier this week.

Beverley was among the most highly sought after guards on the free agent market, with the Mavericks, Lakers, Bulls and Kings among the teams expressing interest.

Re-signing Beverley won’t affect the Clippers’ ability to get a deal done with Kawhi Leonard, notes Eric Pincus of Basketball Insiders (Twitter link), who observes that they can still add Leonard to the roster without needing to trade Danilo Gallinari.

The Clippers made it a priority to keep Beverley, who was an inspirational leader for the team, along with a dogged defender. He missed nearly all of the 2017/18 season after being acquired from Houston in the Chris Paul deal, but bounced back strong this year, posting a 7.6/5.0/3.8 line in 78 games.