JULY 10: The Warriors have issued a press release to announce that Livingston has officially been waived and thanking him for “immense contributions” to the franchise. Assuming he goes unclaimed, as expected, he’ll clear waivers on Friday. 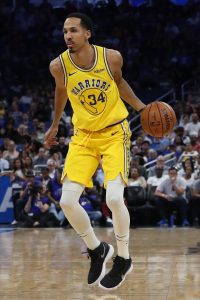 JULY 9: The Warriors have waived veteran guard Shaun Livingston, reports ESPN’s Adrian Wojnarowski (via Twitter). The move was a necessary one for the hard-capped Dubs, who needed to remove Livingston’s $7.7MM salary from their books before it became fully guaranteed.

Livingston had a $2MM partial guarantee, which the Warriors will stretch across three seasons at a rate of $666K per year. Golden State likely explored moving the 33-year-old in a trade to avoid eating that dead money, but would have had to attach an asset to him to find a taker.

According to Wojnarowski, Livingston is determined to continue his playing career after being cut by Golden State. He’ll clear waivers later this week and will likely be prioritizing contending teams as he seeks a new NBA home.

Here are a few more notes on the Warriors’ contracts and cap situation: