It looks like it may be a lost first season for Al-Farouq Aminu in Orlando. The Magic announced today in a press release that the veteran forward has undergone successful surgery to repair a torn meniscus in his right knee. 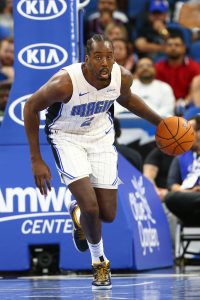 Orlando doesn’t offer a specific timetable for Aminu’s return, announcing that he has been ruled out indefinitely. However, the team noted it will be approximately 12 weeks before he’s re-evaluated. That means he’s unlikely to return before April, and there’s a chance we won’t see him on the court again this season.

Aminu, 29, was one of the first free agents to come off the board during the summer of 2019, agreeing to a three-year deal with Orlando worth the full mid-level exception. He was coming off a solid season in Portland in which he averaged 9.4 PPG and 7.5 RPG on .433/.343/.867 shooting while playing strong defense.

However, Aminu has been limited to just 18 games during his first season with the Magic, having been sidelined with his torn meniscus since the start of December. Even when he was healthy, the veteran struggled in a part-time role, with his shooting line dipping to an abysmal .291/.250/.655.

This is the second major injury for the Magic, who also lost Jonathan Isaac to a potentially season-ending knee injury. The club announced last Thursday that Isaac would be re-evaluated in eight-to-10 weeks.

With neither Aminu nor Isaac expected back anytime soon to fortify the frontcourt, the Magic will have to rely more heavily on forwards like Aaron Gordon and Wesley Iwundu as they look to hang onto a playoff spot. Orlando is currently the No. 7 seed in the East, with a 17-20 record and a three-game cushion on the ninth-seeded Hornets.