The NBA has rejected the Mavericks‘ petition to replay the final seconds of their February 22 loss to the Hawks, reports ESPN’s Adrian Wojnarowski (via Twitter). 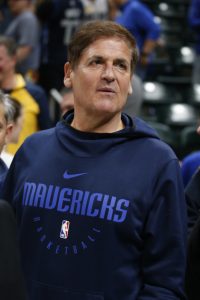 According to Wojnarowski, the league has also fined Mavs owner Mark Cuban $500K for his comments criticizing officiating and for coming onto the court twice in the final seconds of that game vs. Atlanta to confront the referees.

The NBA issued a press release confirming both the protest ruling and the fine. The league explained in its statement that the substantial fine being levied against Cuban is for “his public criticism and detrimental conduct regarding NBA officiating.”

The release described Cuban’s comments as “personal and demeaning to the league and its officiating staff,” adding that demeaning NBA employees creates “an intimidating workplace environment.” The league suggested that his comments represented an effort to “influence refereeing decisions,” which created “the perception of an unfair competitive advantage and thereby undermines the integrity of the game.” The full announcement can be found right here.

As we detailed last month, the Mavs filed their protest because they believed officials misapplied rules on a play in the final minute of the game vs. the Hawks. The play in question saw Mavs forward Dorian Finney-Smith block a Trae Young layup attempt, with Atlanta big man John Collins scoring on a putback. Initially, goaltending was called on Young’s shot, but when a replay showed the block was clean, referees allowed the follow-up basket, citing an inadvertent whistle and saying Collins was in a shooting motion before the whistle blew.

In his post-game comments, Cuban blasted not only that end-of-game call, but the NBA’s entire referee development program. However, the NBA stated today that the rules were not misapplied on Collins’ basket.

“The league’s investigation included an analysis of the game footage showing that the whistle began to sound one-fifteenth of a second before Collins gained possession of the ball,” the league acknowledged in its statement. “However, it is well-established by prior NBA protest decisions that a factual determination by game officials – including replay officials – that is shown in a post-game review to be incorrect is not a misapplication of the playing rules.

“While officials strive to get every call right, games cannot be replayed when, after the fact and free from the need to make rulings in real time, a different judgment about events on the playing floor can be made. For these reasons, Commissioner Silver found that the extraordinary remedy of granting a game protest and replaying the last portion of a completed game was not warranted.”

Even before today, Cuban had reportedly been fined more than $2MM by the NBA over the years, a history that likely played a part in the size of his latest penalty. It’s actually not the most substantial single fine Cuban has faced — the league hit him with a $600K fine in 2018 for publicly admitting to tanking, as Brad Townsend of The Dallas Morning News tweets.