While the Mavericks were expected to take a step forward in 2019/20, few expected the team to come out of the gates by winning 16 of its first 22 games, with Luka Doncic playing like a legit MVP candidate. Dallas slowed down from there, but still entered the NBA’s hiatus comfortably holding a playoff spot in the West, at 40-27.

Having installed Doncic and Kristaps Porzingis as the two cornerstones of the franchise, the Mavs will be looking for ways to continue finding help for those young stars, whether that means adding more complementary role players or trying to find a way to land a third impact player.

Here’s where things stand for the Mavericks financially in 2020/21, as we continue our Salary Cap Preview series: 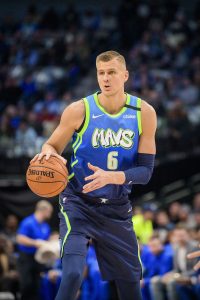 Hardaway had a strong season in 2019/20, but is unlikely to be offered a starting salary of $19MM if he opts out, so he’s a good bet to pick up his player option. Assuming he does, the Mavericks will enter the offseason without any cap room available.

Still, regardless of where the cap ultimately ends up, Dallas should have its full mid-level exception available to use in free agency. The club won’t have its bi-annual exception this time around, since it was used during the summer of 2019.